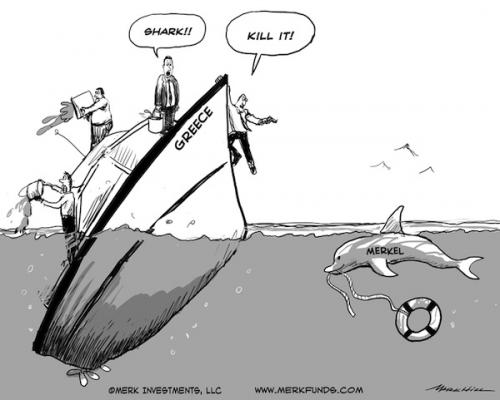 “Where there is a crisis, there may be opportunities – but not necessarily in the places one might expect.” “the course Europe is on may avoid chaos now, but may lead to disintegration down the road. These are serious matters, as the odds of anarchy, followed by military control of Greece have increased substantially. When we suggest that the road to hell is paved with the best of intentions, we are serious.

What does it mean for the euro? Massive short positions previously built-up need to be unwound. As central bankers around the world hope for the best, but plan for the worst, lots of money is being printed: by the Fed, the ECB, the Bank of England (BoE) and Bank of Japan (BoJ), to name the prime instigators. Commodity currencies, i.e. the Australian Dollar (AUD), New Zealand Dollar (NZD) and Canadian Dollar (CAD) should be the main beneficiaries. While these currencies have performed well, Australia is undergoing some domestic political turmoil and Canada’s fate is closely linked to that of the U.S.; as a result, the NZD would be our favorite in that group. Having said that, geopolitical tensions and monetary easing have boosted oil prices in particular, causing headwinds to global economic growth and, with it, also to commodity currencies. If those headwinds play out further, we would make the Norwegian Krone (NOK) our preferred choice, as Norway benefits from rising oil prices, as well as providing investors with relative safety in Europe. It’s not surprising that gold, the one currency with intrinsic value, continues to appreciate in this environment.”