Arizona set to use gold & silver as currency 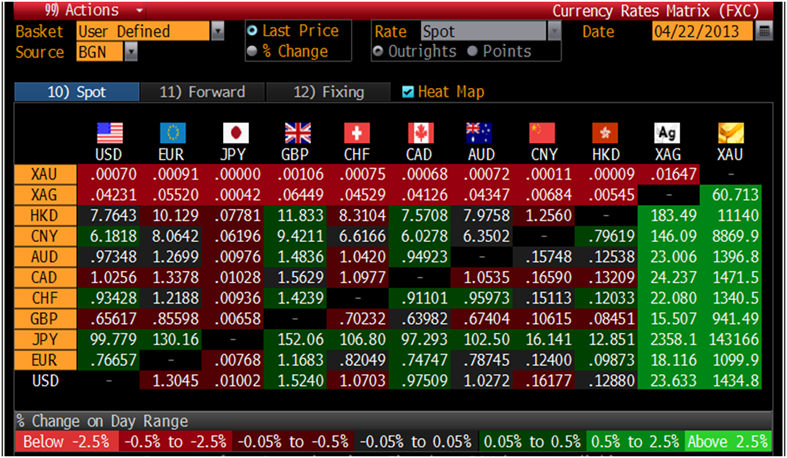 The state of Arizona may become the second state to use gold and silver coins as legal tender.

Last week, Arizona lawmakers passed a bill that makes precious metals legal tender. Arizona is the second state after Utah to allow gold coins created by the U.S. Mint and private mints to be used as currency. More than a dozen states have legislature underway to pass similar measures.

The move was launched by people who fear the Federal Reserve is not tackling the federal deficit and is thus debasing and devaluing the dollar. Some even fear, that if the Fed continues on the existing path it could lead to hyperinflation.

Miles Lester, who represents a group called Arizona Constitutional Advocates, said during a recent public hearing on legal-tender legislation that “the dollar is on its way out. It’s not a matter of if; it’s a matter of when.”

The upcoming U.S. FOMC meeting next week is April 30 and May 1 and will be closely watched by investors.