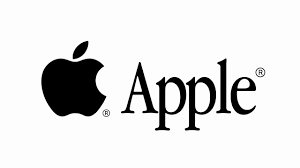 Apple’s financial health is one of the best ever.

While official figures show a debt of over $50 billion and a debt/equity ratio greater than 0.40, Apple’s situation is actually much better than it seems. The company currently holds about $200 billion in cash.

That said, much of this cash is abroad, and if Apple decides to bring those profits back the United States, the amount would be taxed as profits made in the US (at a rate between 20% and 35%).

Although there are too many unknowns to make a precise calculation, even if taxed at 50%, Apple would benefit from funds that would be much greater than its debt.

We can therefore say that Apple has no net debt and clearly has a favorable cash position.

Although Apple is one of the most innovative companies in the technology sector and its range of products, which inspire new technologies, is very impressive (suggesting very promising potential sales), we must recognize that the iPhone, which represents 66% of sales, continues to have a crucial impact on the financial results of the company.

Geographically, sales are highly concentrated: 40% of sales come from the US, while China, which is experiencing the fastest growth in the world, already accounts for 25% of total sales.

With over 60% of sales made outside of the United States, a strong US dollar hurts the company’s sales and profits. We do not expect any major rise in the American dollar in the short term. If we are wrong, however, it is reassuring to know that Apple has managed to adapt to a strong dollar in recent years.

Apple’s revenue growth and earnings per share in the past five or 10 years shows that it has experienced a tremendous growth period for a large cap company.

This growth primarily comes from sales of its iPhone; in addition to representing 66% of total sales of the company, this device showed a solid growth of 52% in 2015.

In comparison, sales of PCs rank second; Mac accounts for 11% of total sales and has grown by only 6%.

Meanwhile, sales of the iPad tablet were down 23% and accounted for approximately 10% of total sales.

Although GDP growth in China is less than what was observed in previous years, we believe that the transformation of the Chinese economy to one based on consumers will continue to benefit companies like Apple.

Apple’s evaluation, and specifically its undervaluation, is one of the main reasons for our interest in the company.

In terms of price/earnings, price/future earnings and price/cash flow, Apple stock currently trades at a significant discount compared to its average over the past five years. In fact, with a P/E of 11.3, the stock would only be in line with its own average if it instantly rose by 25%.

In addition to trading at a discount to its own average, this stock also trades at a very deep discount to the S&P 500. In this regard, an instant increase of 50% in the stock would produce a price/earnings ratio equal to that of the S&P 500.

In other words, the market currently pays a lot less for $1 of Apple earnings than $1 earnings of an average S&P 500 company. We disagree with the idea that more than 250 companies in the S&P 500 have stronger prospects than Apple.

At Disnat GPS, we believe that the market is not evaluating Apple at its fair value, and we are very pleased to hold the stock at its current price in our portfolio of US equities.

In 2012, Apple introduced a dividend which has increased every year since, and we are confident that this situation will last for many years. At the current stock price, the dividend represents a yield of approximately 2%.

The company regularly repurchases its shares. In fact, over the past five years, Apple has bought over 15% of its outstanding shares. Apple still has a share repurchase program that it continues to use when the situation allows.

Historically, Apple is not a company that has made large acquisitions, and we believe that this philosophy will continue to apply. As for internal investments, it must be understood that few new products or services can have a fast and strong impact on a company the size of Apple. However, as many consumers want to stay within the Apple ecosystem, we can be relatively optimistic and believe that some products (watches, televisions, etc.) could one day exhibit an attractive performance.

Apple produces and markets numerous computer products, including smart phones, tablets, computers and MP3 players, as well as software and related services. The company is constantly developing new products and services like the Apple Watch, Apple TV and Apple Pay, whose sales could grow over the coming years.

This Disnat GPS report is presented to you for general information only. Desjardins Group, Desjardins Online Brokerage (Disnat) and Disnat GPS assume no responsibility for any errors or omissions and reserve the right to modify or revise the content of this report at any time, without notice.

Financial and economic data, including stock quotes, analyses and interpretations thereof, is provided for informational purposes only and should in no way be regarded as a recommendation or advice to buy or sell any security or derivative.

It is possible that Desjardins or Desjardins Securities has published differing or even contrary opinions to what is expressed herein. These reflect the different views, assumptions and portfolio analysis methods used to produce them.

Desjardins Online Brokerage, its directors, officers, employees and agents will not be held liable for damages, losses or expenses incurred as a result of the use of information contained in this report.