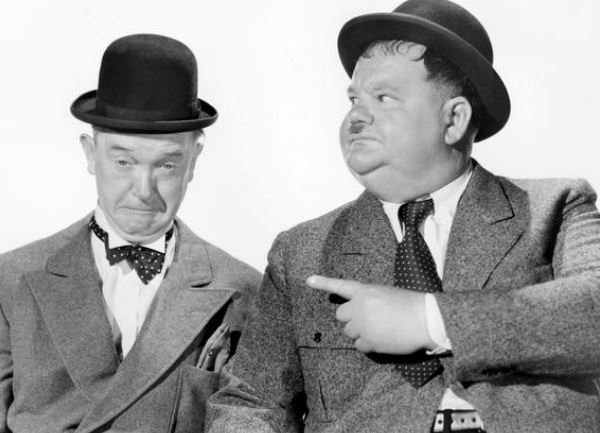 Maybe “Houston, we have a problem” from the movie Apollo 13 is more apropos. We’re dealing with significant increases in inflation, record government debt, unfathomable money creation by central banks, skyrocketing energy prices including coal and natural gas…should I go on? How about labour shortages, supply chain issues along with high oil prices that are creating fertilizer shortages and will further exacerbate food shortages.

And keep in mind, regardless of your personal situation – rising energy prices and food shortages are a recipe for massive civil unrest. As if we haven’t had enough of that already throughout the world – from the US to the Yellow Vests in France – to anti-Covid restriction protests in Italy, Berlin and London.

Like it or not – this is the environment we’re living and investing in.

Some of the questions I ask myself: Are the forces that facilitated these things gaining momentum or diminishing? Are we becoming more or less divided politically? Is government debt increasing or decreasing? Are energy prices headed down or up over the next 3-5 years? Are the central banks going to be less active? Are we going to see less government regulation or more?

The answers to these questions will have a huge impact on your financial future and well being. I’m like a broken record reminding people of the old JP Morgan caution that while you can ignore finance and economics – finance and economics won’t ignore you. For years I’ve been warning that we were entering a period where some people would be financial roadkill.

On MoneyTalks in October of 2019, Martin Armstrong warned that we were about to witness “a complete disruption to the world economy” beginning on January 20, 2020 – with a panic to hit in the last week in February – but went on to say that, “This is going to be a challenge to survive.”

That’s the part MoneyTalks and the World Outlook Financial Conference focus on. Clearly many people have suffered financially but with energy prices screaming higher, food shortages and significant inflation eating away at our purchasing power I think that number’s going to explode. Our goal is to make sure you’re not one of them.
.
It’s already been a brutal period for people who rely on their savings because of central banks manipulating interest rates to record lows. And with inflation heating up, people on fixed income, along with lower income individuals and families, are going to be in serious financial difficulty. Just to give you an idea, at October’s inflation rate of 4.7% for the year – the average Canadian will pay $2,673 more for the same goods he or she bought last year.

I just read that over and think I’d better apologize for being so depressing but it’s the reality that we’re living in. And we better be prepared for it.

The good news/bad news story is that periods of historic change provide incredible opportunities and incredible danger. At the Outlook Conference we focus on trying to help you avoid the danger and take advantage of the opportunities. Let me add – all that really counts is getting it right and on that score I’m very proud of the track record at the World Outlook Financial Conference.

For example, last years World Outlook Small Cap portfolio, done in conjunction with Keystone Financial, is up 114%. Obviously a great year but in the 14 years we’ve been doing the WOFC portfolio it has achieved double digit returns each and every year. But that’s not all – not even close.

At last year’s conference, James Thorne went against the consensus and forecast the S&P 500 to rise over 20% this year. So far it’s up 23% for the year and believe me, at this year’s conference I’ll be asking him what coming in 2022.

Last year Peter Grandich told investors to get a position in uranium and industry leader Cameco for what he called greatest bull market of his lifetime. Since then uranium is up over 40% and Cameco is up 98%. And with France, China, Turkey, Romania, Hungary and India all committed to adding nuclear power – the probability is that demand for uranium will increase faster than supply given the time it takes to develop a uranium mine.

One more example, for the last two years at the World Outlook Financial Conference Mark Leibovit recommended buying the dips in Tesla – which has gone from $150 at the 2020 Outlook Conference and the $700 range immediately after the 2021 Conference to the $1,000 range today. And he promises to give an update at this year’s conference.

But the forecast I’m most proud of was calling for a major bull market in commodities at the 2020 Conference. Actually it was 6 months earlier, in August 2019 when we first decided to create an entire section for the February 2020 Conference entitled “The coming bull market in commodities.” To put it politely, I had lots of people – “question” that theme.

In February, 2021 we literally kicked off the Conference with Victor Adair reiterating our long term bullish stance on commodities including copper, nickel, aluminum, which all posting big gains this year. At this year’s conference, I’ll talk about one commodity that’s rising but still out of favour, which creates a significant opportunity for people looking for growth.

As I continue to reiterate, past performance is not a guarantee of future success but the consistent results we’ve achieved over the years have not been by accident. Our analysts have been chosen precisely because of their track record.

I don’t expect them to be right every time but their uncanny ability to read the various investment markets while employing proven risk management techniques has clearly raised their probability of success dramatically. Whether you’re interested in stocks, gold, oil, real estate, interest rates or the currency markets we bring in the top analysts to the World Outlook Financial Conference to cover them all.

One more time – Join us for this year’s World Outlook Financial Conference from your living room sitting in your underwear.

I have to admit last year when I used that line I’d been waiting 40 years since I saw it in an advertising for an “at home investment course.” So despite the frightening visual, I thought why not an encore.

For the second year in a row the Outlook Conference will be online. Simply put, we’re not confident that travel and live indoor events restrictions won’t be reintroduced especially with stories like 40% of the Ottawa Senators have tested positive for COVID despite 100% of the team double vaccinated.

The big advantage of going online is that we can feature more top-notch analysts. We’ll have exclusive interviews and presentations with people like Martin Armstrong, Greg Weldon and Mark Leibovit, who’ll be talking crypto currencies.

You’ll be able to watch the conference at its regular times starting Friday night, February 4th through to Saturday, the 5th late afternoon – but you’ll also be able to watch it again and again whenever you’d like in the on-demand video archive. I hope you take advantage of this opportunity.

Let me finish by saving you some money right now.

The “early bird special” is on now until November 26th – a quick way to save $50 from the regular ticket price. So why not take advantage of it by going to the 2002 World Outlook website and clicking on the BUY ACCESS PASS NOW button.

My sincere best wishes for you and your family.