An Inflation Scare Coming? I Don’t Think So! 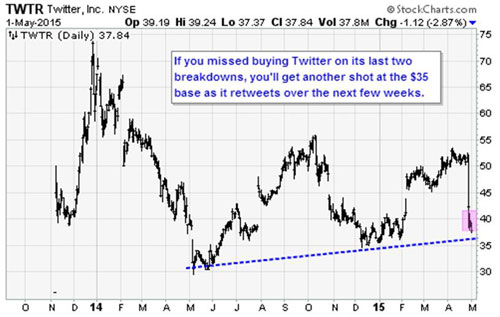 Therefore, they claim, the dollar is going to fall while the euro rallies, hence, inflation is coming back to the U.S.

But the fact of the matter is that nothing could be further from the truth! Let’s take a closer look at their argument to see how ridiculous it is. It’s also a good lesson on how silly it is to use fundamentals to make forecasts.

I ask you, how does Europe’s economy, looking a wee bit better last month, mean that the euro has bottomed? Since when does one month of economic indicators make a trend?

And why is a slight improvement in Europe’s economy the kiss of death for the dollar?

Europe is stuck in a nightmarish depression of no economic growth in the strongest European economies and sinking growth in the weakest.

Prices are falling throughout the euro region. Unemployment is hovering at record highs. Debt to GDP levels are going virtually straight up.

And Europe’s leaders are still sacrificing the jobs and livelihoods of tens of millions of people to help make sure bondholders are paid!

A. One month’s improvement in economic stats doesn’t make a trend for any country, let alone Europe.

B. Europe is still headed down the tubes, and with it the euro.

C. Anyone with half a brain who looked at a chart of the euro, like the one I have for you here, would notice that the euro … – Has suffered a major collapse that did devastating damage.

– Is still in a major downtrend.

– And its recent bounce is tiny!

Meanwhile, on the flip side of these analysts’ arguments, — that the U.S. is looking less good — sure, that’s true too — again, if you look at just one month’s numbers, like the latest 0.2 percent GDP.

But the facts for the U.S. are that …

A. The U.S. economy is still the strongest of the developed nations, much stronger than Europe’s economy.

B. The U.S economy has the deepest, most liquid capital markets on the planet, making them the easiest place to invest and with the most opportunities.

C. U.S. markets remain the last bastion of capitalism in the world, and certainly in the Western world, where so many governments are turning more and more socialistic.

Moreover, I fail to see how a weaker U.S. economy can usher in inflation!

Bottom line: Such arguments based on fundamentals are full of holes. They are complete nonsense. Anyone with half a brain can poke holes in such arguments.

Meanwhile, as I just showed you with the chart of the euro …

FIRST, the euro’s bounce is near ending, and a renewed downtrend is about to take root.

SECOND, conversely, the dollar’s recent pullback is near ending, and a new leg up is about to begin.

THIRD, consider the action in gold of late. If inflation were coming back, why is gold crashing?

The fact of the matter is that gold is caught in a massive deflationary bear market that is not yet over. It may bounce one more time, but mark my words:

FOURTH, besides gold, there isn’t a single tangible asset market that supports the notion that inflation is coming back.

– Grain markets are caught in a deflationary spiral.

– Even base metal prices, like copper, iron ore, aluminum and zinc all remain very bearish!

So where again, is the inflation scare?

Bottom line: Don’t buy into the nonsense that just because Europe’s deathly ill economy caught a breath of air that the U.S. dollar is going to now collapse and inflation is coming back.

It’s a bunch of baloney, espoused by analysts who rely too heavily on fundamental analysis and who can’t see the forest for the trees.

There have been no recent trend changes in any markets. Period. The dollar remains in a bull market, the euro in a bear market. Precious metals and commodities in a bear market. U.S. stocks, likely topping short-term, long-term very bullish.