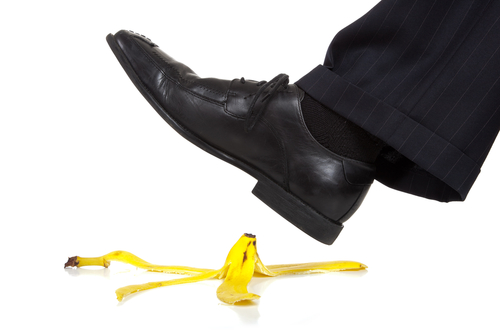 Plus: How to Avoid the Coming Bear Market in US Stocks

Large groups of people do extraordinarily pig-headed things from time to time.

Republicans can drive a car more or less as well as Democrats or Communists. Of the millions of autos on the road, driven by Rosicrucians, Rotarians, River Keepers, and all manner of people with all manner of ideas, there are relatively few accidents.

People don’t like Fate. Fate is the bad stuff that happens when no one is in charge, when chaos reigns.

Making their own decisions about their own lives, people of all sorts get along passably well — even when they are driving automobiles at high rates of speed with a Democrat headed right for them. They obey simple, general rules — keep to the right (or left)! — and decide the minor details for themselves.

Usually they get where they are going. But trust these people with public affairs and there’s a good chance you’ll wind up driving tanks through Poland.

The human brain is well adapted to driving a car and to looking out for itself. Without conscious thought, it makes life and death calculations on a second-by-second basis, for the most part successfully. But it evolved while living in small groups without the abstractions of large-scale, modern public life.

The ability to do abstract thinking, or to understand the dynamics of large groups, was unnecessary. That is probably why the ability to do this kind of thinking is so rare. The typical brain is not equipped for it. Ask the human brain to coordinate the ordering of a pizza for a family of five and the results are outstanding. Put it to work on Obamacare, NSA snooping, firearms control, or public finance and the results can be astonishingly silly.

Ambitious people pretend this isn’t the case. They feel it is their responsibility to read the papers and try to understand the headlines. They identify the hero, the villain, the love interest, and the conflict. They root for the good guy, curse the guy in the well-tailored business suit, and pray their side will win.

They cannot imagine a team without a captain or an army without a general or a war without a victor. They need to think someone is in charge — someone who can win this struggle against an uncertain Fate.

Few people can stomach the idea that public life is out of the conscious control of the authorities in whom they have placed so much faith. They lack what Nietzsche referred to as an ‘amor fati’… a faith in, and an affection for, Fate. People don’t like Fate. Fate is the bad stuff that happens when no one is in charge, when chaos reigns.

Instead, they believe in the ability of right-thinking experts to ‘do something’ to bring about a better outcome than Fate had in store for them. They want a leader who will slay their enemies and bring the home team to victory. They want officials to deliver up full employment, someone else’s money, the America’s Cup, and free beer on tap 24/7.

They want someone in the driver’s seat who will take them where they want to go.

But where do they want to go? They don’t know. And history is largely a record of fender benders, sideswipes and pile-ups on the way there — a place, it turns out, they really shouldn’t have been going in the first place.

(Adapted from Hormegeddon: How Too Much Of A Good Thing Leads To Disaster. Copyright © 2014 by Bill Bonner)

How to Avoid the Coming Bear Market in US Stocks Statues of the two symbolic beasts of finance, the bear and the bull, in front of the Frankfurt Stock Exchange. Source: Wikipedia.

On Friday, the Dow fell 123 points. On Saturday, our youngest son, Edward, returned from Africa. He had escaped capture by a rebel army in the Democratic Republic of the Congo… walked 50 miles through the jungle… and eventually made his way to the US embassy in Kinshasa, where he was given a new passport.

As to the Congo, Edward reported to his grandmother: “Rich country (in natural resources). Hard place to do business. The local people are nice. Until they decide to kill you.”

Grandmother: “Why would you want to do business there?”

Edward: “Because it’s there. It’s a challenge. It’s an adventure.”

Grandmother: “You don’t get extra points in life by doing things that are not worth doing.”

That wise counsel in mind, we return to the stock market. As we explained last week, we can only know what is false, not what is true. Even as to what is false, we are sometimes surprised.

But since our ground is firmer on the “what we don’t know” side of the hill, investing is best approached from a defensive position. Don’t worry about finding the best stocks or the best investments; just be sure you don’t have the worst ones. And don’t worry about missing the market’s best days… just watch out for the worst ones.

The lesson from this is familiar: If you can avoid the market’s worst days, you’re way ahead of the game.

This is true of a lot of things. Think how much happier your marriage would be if you could blot out the 10 worst days of it. Or what a nice life General Custer might have had if he’d managed to avoid that awful day at Little Bighorn!

A 20-Year Bear Market in Stocks?

Or in grandmother’s terms: Trying to capture the last gains of a bull market is probably not worth doing. Even if one of those gains turns out to be one of the market’s 10 best days (unlikely), it is still not worth the risk that you might stumble into one of its 10 worst days.

We bring this up today because we don’t want you to say we didn’t warn you.

One day – perhaps soon, perhaps not – the US stock market will have one of its worst days. It will fall maybe 1,000 points. Maybe 3,000 points. And unlike previous recent episodes, this time stock prices may stay down for 10 or 20 years.

Bear markets – and market crashes – are not hypothetical. They are real. They are part of the market cycle. They are a part of life.

What’s that you say?

Janet Yellen and intelligent financial management techniques have banished bear markets? Because the Fed will always come to their aid with more cash and credit, investors will never again sell stocks in panic; those days are over?

Never was before. But who knows? Time will tell.

Custer claimed there were “not enough Indians in the world to defeat the 7th Cavalry” before he and nearly half of the 7th Cavalry were wiped out at Little Bighorn.