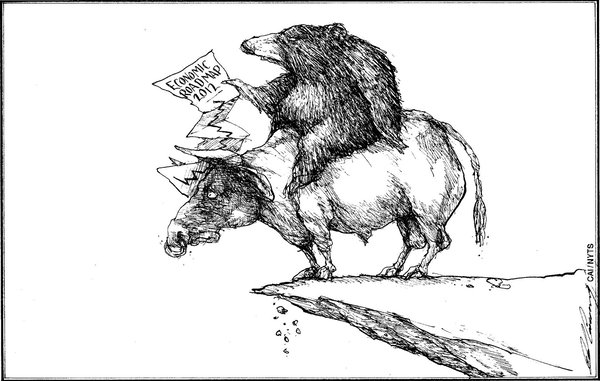 Michael Campbell: I’m looking at the overall US financial situation and I think you have to call me pretty darn bearish there, I am not innumerate so it’s pretty easy to add up the numbers. Obviously a lot of focus on the US election, but regardless of who wins isn’t this going to dominate their presidency?
{mp3}MichaelaBerry{/mp3}
Dr. Michael Berry: I think it matters little in the short run whether the Republicans gain the Senate and the Presidency or whether President Obama is re-elected. There really are really serious problems fiscally in the US right now and they are going to go through a process here of some kind of austerity in the near term whether its excess taxation or just pulling back on spending. Either one is going to be fairly austere and it won’t matter who wins in the short term, in the  longer-term it will matter because I think the Obama administration is much more social in nature than a potential Romney administration.
Michael: We hear a lot about the so-called fiscal cliff which would have automatic cuts to spending and automatic changes to taxation especially on the investment front. I read a lot of convicting stories about whether thats serious in the way that they actually will find a way of overcoming it. What’s your view on that?
Dr. Berry:  I am pessimistic on them finding a way Michael. At this stage of the game we are within 65 days or so of these cuts and tax increases automatically going in. It’s very clear that Democrats want to tax the population and very clear the Republicans do not. I can’t see any way they’re going to come to an agreement so I think there’s at least a 50-50 chance that we will go over the fiscal cliff. If we do, I think it’ll have a tremendous impact on all the world capital markets.