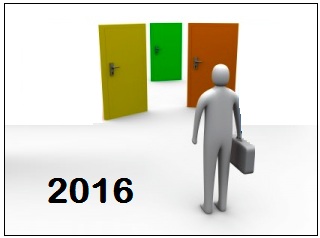 Charts Help Us With Fundamental Perceptions

When the interpretation of all the relevant factors (earnings, valuations, Fed policy, future expectations, etc.) produces a net bullish opinion, stocks tend to perform well. When the net opinion is mixed, stocks tend to go sideways. During the early stages of a new bear market, the net aggregate opinion shifts from mixed to net bearish.

What Are The Stock Market Polls Telling Us Now?

2015 has, for the most part, been a sideways year for stocks, which tells us the present day net aggregate opinion of all market participants is mixed. From a mixed profile, eventually one of two things can happen to break the stalemate:

This week’s stock market video uses a historical perspective to demonstrate why the stock market may be near a major inflection point. The general concepts outlined in the video are captured in the three stock market charts covered in the remainder of this article (below the video player).

Is there anything magical about the 100-week moving average? No; remember we are using the 100-week moving average as an illustrative proxy for numerous other forms of hard evidence that are painting a similar picture as the stock market calendar prepares to flip into 2016. A similar “the net aggregate opinion rolled over” look was evident as stocks flipped from a bull market to a bear market in 2007-2008 (see below). This video clip compares the three charts (2000, 2007, & 2015) head-to-head. The key takeaway is the bulls have not thrown in the towel yet (price is still above the 100-week and the slope is still bullish in the 2015 chart below), but the margin of bullish error is getting very thin (price could easily drop below the 100-week and the slope could flatten out and roll over as it did in 2001 and 2008). Since the S&P 500 peaked seven months ago, our analysis above focuses on seven months after the peak in 2000 and 2007. How much pain was inflicted on retirement plans and stock portfolios from seven months after the peaks in the S&P 500 to the end of the bear markets? The answers are not pretty. In 2001, stocks lost an additional 54%. In 2008, stocks lost an additional 48%, meaning it makes sense from a probability perspective to respect that big moves can follow possible inflection points in investor perceptions. This entry was posted on Monday, December 28th, 2015 at 3:56 pm and is filed under Stocks – U.S.. You can follow any responses to this entry through the RSS 2.0 feed. Both comments and pings are currently closed.