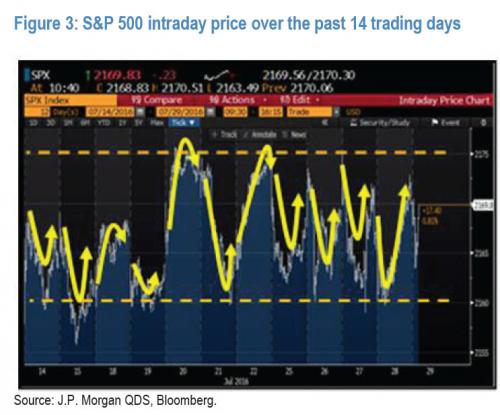 Ever since Brexit, traders – and mostly bears – have been scratching their heads over not only by the S&P500’s tremendous rally but also but the market’s seeming ability to immediately digest through any incremental negative news, both economic and geopolitical and rebound immediately from a support level at around 2,150. And while there has been speculation of central bank intervention to prop up the S&P any time it approaches this key level (something which several years ago would be considered ridiculous but now is all too possible), it turns out there is another – perhaps even more unexpected – reason why the market remains “pinned” in its historic trading range of 2,150 to 2,180.

Is the market incredibly in denial?