A New Fed Playbook for the New Normal 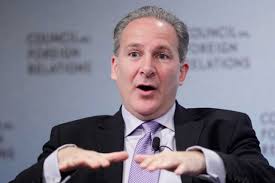 While many economists and market watchers have failed to notice, we have entered a new chapter in the short and checkered history of central banking. This paradigm shift, as yet unaddressed in the textbooks, changes the basic policy tools that have traditionally defined the sphere of macroeconomic decision-making.

The job of a central banker is supposed to be the calibration of interest rates to achieve the optimal rate of growth for any particular economic environment. It is hoped that successful decisions, which involve perfectly timed moves to raise rates when the economy overheats and lower them when it cools, would bring consistency and stability to the business cycle that many fear would be dangerously erratic if left unmanaged. That’s the theory. The practice is quite different.

Over the past thirty years or so, interest rates have been lowered far more often than they have been raised. This makes sense. Bankers, being human, would rather err on the side of good times not bad. They would rather leave the punch bowl out there a little too long than take it away too soon. Over time, this creates a huge downward bias. But things have really become distorted over the past eight years, a time period during which interest rates have never gone up. They just go down and stay down.

Back in the early years of the last decade, Alan Greenspan ventured into almost unknown territory when he lowered interest rates to 1% and left them there for more than a year. But in today’s terms, those moves look hawkish. In the wake of the 2008 financial crisis, Ben Bernanke brought interest rates to zero, where they have remained ever since.

But old habits die hard, and economists still expect that rates can and will go back to normal. They assume that since the economy is now apparently on solid footing, the period of ample accommodation is over. In reality, we have built an economy that is now so leveraged that it needs zero percent interest rates just to tread water.

Compare that to 2013. With Fed Funds still near zero, GDP actually fell to 2.2% from 2.3% in 2012. But asset prices were a different story. Stocks were up 26% and real estate up 13.5%. It would appear that interest rates have lost their power to move GDP and can now only exert pressure on asset prices. As a result, rates are no longer the main attraction in central banking. The real action takes place elsewhere.

The Fed and other central banks have made the active purchase of financial assets, known as quantitative easing, to be there main policy tool. QE is a more powerful drug than interest rates. It involves actual market manipulation by the purchases of bonds on the open market. Whereas zero interest rates could be compared to a general stimulant, QE is a direct shot of adrenaline to the heart. When the next recession comes, the syringe will likely come into greater use.

Since 1945 the U.S. economy has dipped into recession 11 times. The average length of the recoveries between those recessions was 58.4 months, or just under five years. The current “recovery” is already 73 months old, or 15 months longer than the average. How will the Fed deal with another contraction (which seems likely to begin within the next year or two) with rates still at or very close to zero? QE appears to be the only option.

Given that reality, the big question is no longer whether the Fed will raise or lower rates, but by how much they will ramp up or taper off QE. When the economy contracts, QE purchases will increase, and when the economy improves, QE will be tapered, and may even approach zero for a time. But interest rates will always remain at zero or, at the least, stay far below the rate of inflation. This will continue until QE loses its potency as well.

Mainstream economists will be quick to dismiss this theory, as they will say that policy is now on course for normalization. Although economic growth in 2013 was nothing to write home about, the set of indicators that are normally followed by most economists, point to a modest recovery, exuberant financial markets, and falling unemployment. But if that is the case, why has the Fed waited so long to tighten?

The truth is the Fed knows the economy needs zero percent rates to stay afloat, which is why they have yet to pull the trigger. The last serious Fed campaign to raise interest rates led to the bursting of the housing bubble in 2006 and the financial crisis that followed in 2008. This occurred despite the slow and predictable manner in which the rates were raised, by 25 basis points every six weeks for two years (a kind of reverse tapering). At the time, Greenspan knew that the housing market and the economy had become dependent on low interest rates, and he did not want to deliver a shock to fragile markets with an abrupt normalization. But his measured and gradual approach only added more air to the real estate bubble, producing an even greater crisis than what might have occurred had he tightened more quickly.

The Fed is making an even graver mistake now if it thinks the economy can handle a measured reduction in QE. Similar to Greenspan, Bernanke understood that asset prices and the economy had become dependent on QE, and he hoped that by slowly tapering QE the economy and the markets could withstand the transition. But I believe these bets will lose just as big as Greenspan’s. The end of QE will prick the current bubbles in stocks, real estate, and bonds, just as higher rates pricked the housing bubble in 2006. And as was the case with the measured rate hikes, the tapering process will only add to the severity of the inevitable bust.

So while the market talks the talk on raising rates, the Fed will continue to walk the walk of zero percent interest rates. The action has switched to the next round of QE. In fact, since none of the Fed’s prior QE programs were followed by rate hikes but by more QE, why should this time be any different? The most likely difference will be that eventually a larger dose of QE will fail to deliver its desired effect. When that happens, who knows what these geniuses will think of next. But whatever it is, rest assured, it won’t be good.

Best Selling author Peter Schiff is the CEO and Chief Global Strategist of Euro Pacific Capital. His podcasts are available on The Peter Schiff Channel on Youtube