A Modest Positive for Stocks 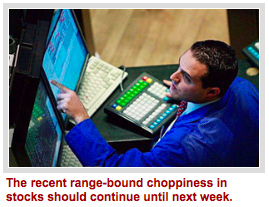 The Wall Street Journal on Friday noted that the market for technology initial public offerings has struggled this year, as it did last year. Is that meaningful?

In April, analyst Jason Goepfert started looking at the percentage of IPOs that were losing money, which has exceeded all-time highs. That kind of risk tolerance was troubling, Goepfert noted, so it has only been a matter of time before investors would have enough of profitless new companies.

IPO volume overall has thinned out, with August being one of the slowest months in three years according to Bloomberg data. And of those, tech offerings are the scarcest of all. Only 5% of new offerings have been in the technology sector.

That’s the lowest in 10 years, according to Goepfert’s data. This only includes pricings through August every year, so the analyst is not comparing partial data this year to full-year data in prior years. Not only is this year the slowest tech year in a decade, it is the third-lowest in 35 years. Only 2003 and 2005 were slower while the peak came in 2000, says Goepfert.

The big question is whether the current low number of tech offerings is a good sign or a bad one. Based on historical market behavior following other extremes in IPO data, Goepfert argues it has served better as a contrary indicator than as a bad omen.

The reason: A high appetite for IPOs — whether profitable or not — has usually suggested too much risk tolerance and lower future returns while a low one has suggested extreme risk aversion and better future returns, the analyst observes. Consider this a modest positive, from a contrarian point of view, for stocks going forward.

Will They or Won’t They?

— The dollar has been strong, weighing on GDP growth via trade.

— Financial markets continue to assign a low probability of a September rate hike based on futures trading (odds stand at 30% vs. 54% last month).

— Several key Fed officials seem to be subtly backing away from a September move with words like “less compelling” and “complicating factors” and “significant…headwinds.”

— There are meetings in October and December the Fed can hike at.

— The Fed doesn’t fear a loss of credibility if it waits.

— Inflation continues to be soft, with the Fed’s preferred measure up just 1.2% over the past 12 months.

With this in mind, the recent range-bound choppiness in stocks should continue until next week — when a dovish Fed could unleash a powerful rebound. Commodities, especially crude oil and gold, could be the big beneficiaries of a “no hike” decision, though the enthusiasm could be short-lived as it runs smack into the reality of lowered growth expectations for companies in the fourth quarter and next year.

While they put the odds of a September hike at 50-50, citing the cumulative improvement in the economy over the last few years that makes maintaining emergency 0% interest rate hard to justify, the team at Capital Economics believes that higher core inflation driven by rising wages will force Yellen to hike rates much more aggressively next year … something that markets have definitely not priced in yet.

And now one last note from an analyst who keeps track of major repeating news and weather events, and the market’s reaction to them over time.

He reports that there have been 11 instances since 1976 when the Federal Reserve has met in September at a time when the Nasdaq is up in the past week.

History is not destiny, but it’s good to know how investors have reacted in the past to similar stimuli. Combine that with the traditional view that the market often peaks for the autumn in the third week of September and it’s fair to consider exercising caution. On the other hand, if the market breezes through this period without a scratch, essentially whistling past the graveyard, you can consider it a big positive for the rest of the year.