A Crisis Unlike We Have Seen In Human History 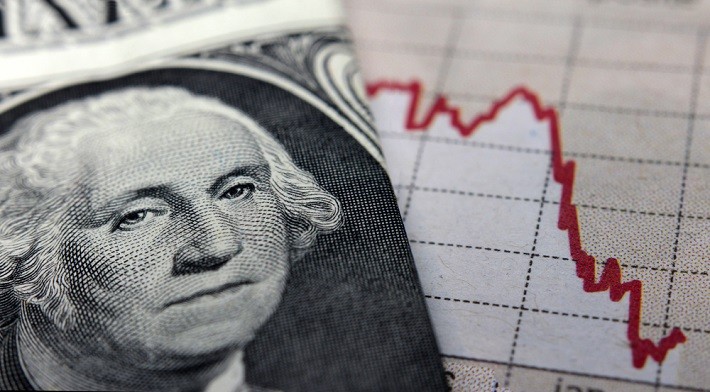 “How many “emergency” “secret” meetings do the central planners around the world need to have before the citizens of the respective countries begin to fully understand and take notice that something is very, very wrong?” “The G-20 central planners have scheduled an “emergency” meeting for summer 2016.” A Crisis Unlike We Have Seen In Human History

I sat down with John Rubino of Dollar Collapse to discuss the current state of our economic world. In a very lively conversation, we hit some of the more pressing items of the day. John has done a fantastic job of documenting the demise of the dollar since he co-authored ” The Collapse of the Dollar” with James Turk back in 2004. John’s insights and analysis are top shelf and he should be on everyone’s list of people to follow.

How many “emergency” “secret” meetings do the central planners around the world need to have before the citizens of the respective countries begin to fully understand and take notice that something is very, very wrong? This year alone there have been several off-calendar meetings with, at least, one more now added to the docket.

The G-20 central planners have scheduled an “emergency” meeting for summer 2016. What will the topics be? Could it possibly be the fact the global economy is on the verge of total collapse? With the Baltic Dry Index, Shanghai Containerized Freight Index, not to mention commodities, all spiraling out of control to the downside, do you think there may be a reason for these people to be concerned? My guess is they could care less and are simply meeting in order to determine how the remaining wealth, in their respective countries, will be divided as the global economy continues grinding to a halt.

If one simply looks at the following line-items, it is clear for anyone to see something is about to hit the fan and it’s not anything anyone wants hitting the fan.

These are just a few of the items that are currently hampering growth for individual citizens and individual Western nations. Currently, there are just too many holes that need to be filled and the central bankers are losing control and the people are losing faith in the narratives they are being fed. Once faith is lost, en masse, the show will become a lot more interesting and a lot more dangerous.

In order for the show to remain at arm’s length, people need to understand their role in what is happening. We must have certain items in our possession at all times in order to avoid being swept away in the wave of economic collapse. Will this be a wave like you would see on TeeVee? Of course not. The “wave” was launched in 2008 and has been gathering momentum ever since. It will simply wash over your remaining wealth and leave you even more destitute than in your current situation.

Silver, gold and lead are must-haves for the rising tide of uncertainty. Long term food storage and the usual storable items that make your house a home need to be at the top of the list. There is plenty of information to help you get your house in order and there has never been a better time to keep the shelves stocked than right now.

Will this implode tomorrow or next week or next month? Who’s to say? What can be said is this: it is happening – your wealth is being drained at this moment. The central planners are absolutely terrified of something, otherwise, the continual “emergency” “secret” meetings would stop.

When an animal senses danger, they become irrational, their behavior becomes erratic and their actions unpredictable. This is exactly what we are witnessing with the central planners around the world. It is time to begin taking these signs seriously and putting into place personal protection, at all levels, in order to weather the storm and don’t forget the popcorn.

related: The Inevitability Of Unintended Consequences

Rory Hall, Editor-in-Chief of The Daily Coin, has written over 700 articles and produced more than 200 videos about the precious metals market, economic and monetary policies as well as geopolitical events since 1987. His articles have been published by Zerohedge, SHTFPlan, Sprott Money, GoldSilver and Silver Doctors, SGTReport, just to name a few. Rory has contributed daily to SGTReport since 2012. He has interviewed experts such as Dr. Paul Craig Roberts, Dr. Marc Faber, Eric Sprott, Gerald Celente and Peter Schiff, to name but a few. Visit The Daily Coin website and The Daily Coin YouTube channels to enjoy original and some of the best economic, precious metals, geopolitical and preparedness news from around the world.

The author is not affiliated with, endorsed or sponsored by Sprott Money Ltd. The views and opinions expressed in this material are those of the author or guest speaker, are subject to change and may not necessarily reflect the opinions of Sprott Money Ltd. Sprott Money does not guarantee the accuracy, completeness, timeliness and reliability of the information or any results from its use.