A Clear Explanation for This Week’s Gold Selloff 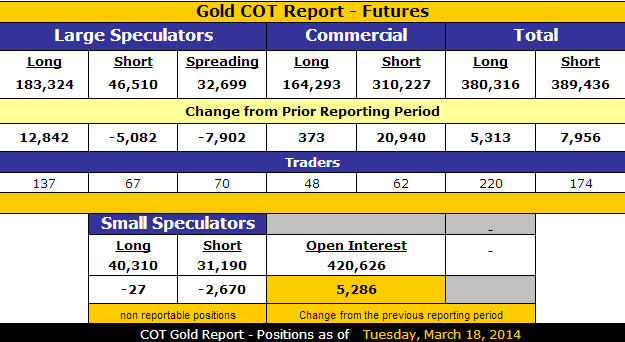 The simplest explanation for this week’s bearish reversal in gold is that too much hot money has rushed into the space in recent weeks – this week’s Commitments of Traders report clearly illustrates just how overheated gold futures have become recently: This is the largest “Commercial” net short position in gold futures since last March – which just happened to precede the massive plunge in gold during April.

The large downside reversal also ended up printing a bearish outside reversal candlestick on the weekly chart: As bearish as all of this may sound, as long as this week’s low holds ($1320) there is ample opportunity for digestion between $1320-$1350 which should set up the charts for the next push higher (targeting the August 2013 highs and possibly much more).

The Most Important Chart for the Week Ahead