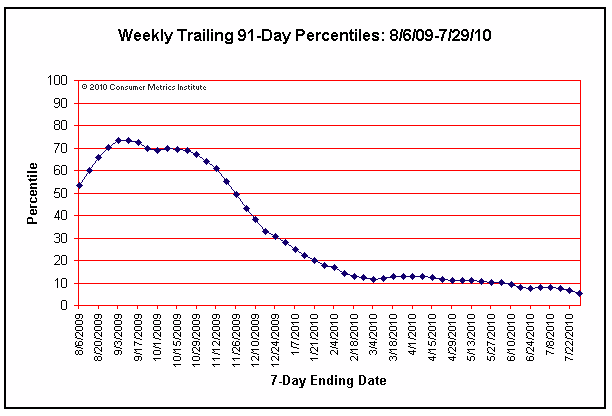 Some of you will appreciate this column about the five secrets of investor happiness; many of you won’t.

And with those three words, you have the first secret of investor happiness.

“Happy investor” is not an oxymoron. Contented investors don’t care what anyone else thinks, except perhaps as motivation to do the opposite. Have a sense of where you are and a plan to get to where you want to go, and don’t let ego block the path.

“The pursuit of money is not going to take you to happiness,” said James Altucher, a stock trader and financial commentator. His pugilistic Altucher Confidential blog — part gonzo, part Gandhi — deals with psychology, human nature, and the uses and abuses of money.

“You have to be happy first,” Altucher added, “or at least know what will make you happy and have a good grounding in yourself before you can go out there and invest successfully.”

Being up front about your needs and wants leads to greater contentment. Too often we get into a people-pleasing role, worrying about another person’s opinion of us or being afraid that we’ll offend them — even if we’re paying for their advice or services. That may work as a primal survival tactic, but it’s not so great for an enriched, fulfilled modern life, let alone a rich investment portfolio.

Said Altucher: “The fewer barriers you put between yourself and happiness, the more likely you will be a successful investor.”

Secret #1: Don’t worry about what others think

It’s relatively easy to ignore the barrage of bright faces on television telling you what to think, how to look and who to fear. Just unplug the set.

It’s far more difficult to ignore what others think — about you. If you’re considered a smart investor, you won’t easily own up to mistakes. Being competitive with your rich brother-in-law may propel you to risks you shouldn’t take. Going against the herd is tough to stomach if your out-of-favor stocks stay that way for a long time.

We all want to be listened to and respected, to get positive feedback and warm, fuzzy strokes. Such external gratification feels great — but it’s addictive; you’re left wanting more and more.

Focus on internal gratification — you control the volume of your inner voice. Let go of your ego, or at least dial it down.

Said Altucher: “If I’m convinced I’m right about a trade, that’s ego. If I think the market’s insane and the stock should go up, that’s ego. You’re insane if you think you can change the tide of the ocean.”

He added: “I have a lot less ego in my investing. I’m not trying to prove anything to anybody. I’m disappointed every day as an investor, but by following my own rules, nothing affects me all that much.”

In a famous 2010 Harvard Business Review article, “How Will You Measure Your Life?” , now a book by the same name, Harvard Business School professor Clay Christensen devoted a considerable amount of space on how to live an honest life, or what he called “stay out of jail.”

Christensen wrote: “It’s easier to hold to your principles 100% of the time than it is to hold to them 98% of the time. If you give in to ‘just this once’… you’ll regret where you end up. You’ve got to define for yourself what you stand for and draw the line in a safe place.”

Honesty at work, in our community, with our family — and with our investing — takes far less effort when we’re honest with ourselves about who we are and what we want.

“Honesty has made me more money than any sort of dishonesty would have,” Altucher said. “In the long run, you can only make money by being honest. Honesty has a way of compounding.”

And don’t limit yourself to traditional avenues to financial wealth: Wall Street needs you more than you need it.

You bought a stock and the trade went against you. Lick your wounds and learn from your mistake.

“When you have a down day, there’s a tendency to think you’re never going to have an up day again,” Altucher said. “You can’t have any excuses. You made the trade, you’re in the trade, you lost money. You have to move on and the next day start fresh.”

Regrets, we’ve all had a few. Regret is a reflection of a hurt ego. Instead of moping, analyze what went wrong and do your homework better the next time.

Secret #4: Advocate for yourself

Money is intertwined with our psychology on the deepest level. If your parents argued about money or didn’t know how to manage their finances, you’ve probably had to give yourself whatever investing confidence and knowledge you have. And armed with that knowledge, perhaps you’ve chosen a financial adviser or broker to manage your investment portfolio.

Nothing wrong with that. The problem comes in trusting the paid experts and subjugating yourself. Speak up about the investing advice you’re given, just as you’d question a doctor or a car mechanic about the procedures they recommend. Reluctance to inquire about how your portfolio is being invested is a good way to become separated from your money. A financial adviser is your peer, not your parent.

“If something’s really important to you, like money, you need to get educated and then you can have a decent conversation,” Altucher said.

“Investing is bad for your health,” Altucher said. “Everybody projects their childhood onto the markets. They bring that anger into the market, and the market will dish out to you whatever you bring into it.”

In the markets, your fear is the other guy’s profit. Don’t put yourself in worst-case situations where you’re worried about going broke, or looking stupid, or losing your job.

“Have a set of rules and discipline you live by so at least you satisfy your discipline,” Altucher said.

Altucher’s own discipline follows two tracks: He tries to stake money on companies with chief executives who have built a business before, and where the stock isn’t overvalued and sales trends are visible and favorable. Then he answers the question: “What do I have to be afraid of with this investment?” Meaning, what can go wrong with the base case?

“When you’re investing, the market puts you in this ‘fight or flight’ syndrome,” Altucher said. “But there’s no reason to be afraid. You constantly have to pull yourself back from this. Even on a down day, you’re still alive.”

Jonathan Burton is the money and investing editor for MarketWatch, overseeing coverage of investment news and strategies. His Life Savings column focuses on money and personal finance matters. Previously he held contributing editor positions at Bloomberg Personal Finance, Mutual Funds and Individual Investor magazines, and was a reporter with the Far Eastern Economic Review and Investor’s Business Daily. He is also the author of two books on investing.