4 Scary Charts Warning Of The Next Financial Crisis 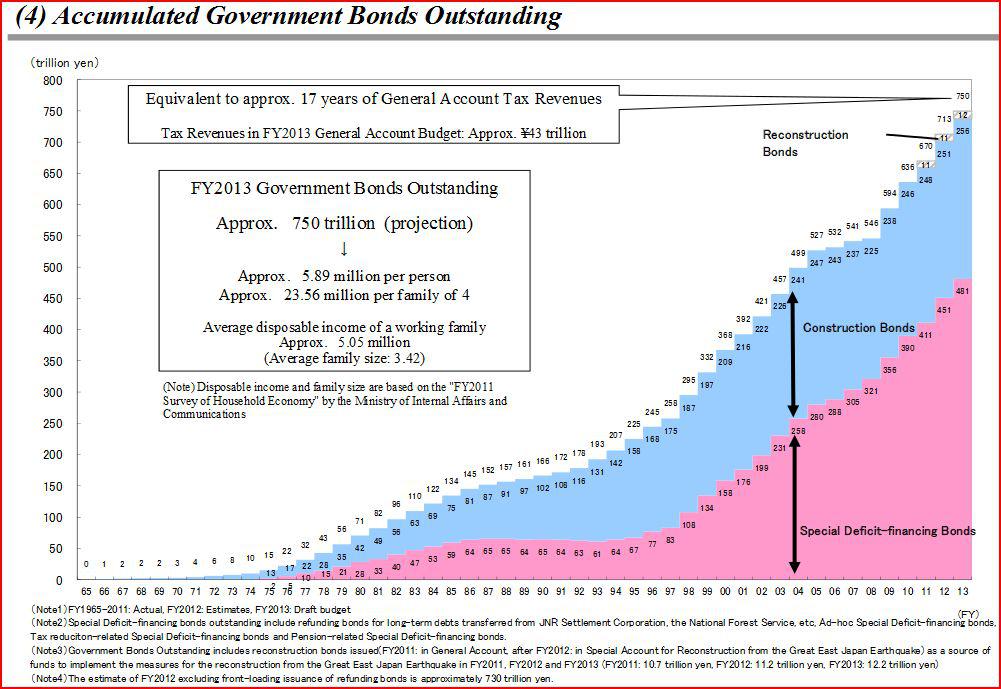 It may not happen next week, but it will happen. It appears that Japan is on an unstoppable path to financial Armageddon.

Disclosure: I have no positions in any stocks mentioned, and no plans to initiate any positions within the next 72 hours. I wrote this article myself, and it expresses my own opinions. I am not receiving compensation for it (other than from Seeking Alpha). I have no business relationship with any company whose stock is mentioned in this article.

Over the past 20+ years, the Japanese economy has unwound the excesses caused by a giant property and financial bubble. At the same time, the country’s aging demographics has increased social costs while the pool of taxable labor declined. Consequently, Japan has stagnated and repeatedly dipped into deflation.

This spring, the Bank of Japan (BofJ) announced insanely aggressive monetary expansion to finally break the deflationary curse by targeting a 2% inflation rate within 2 years. Unfortunately, I believe this policy move simply shortens the time until Japan meets its fate.

While many Americans see Japan as a far-away land of little concern, this is a massive oversight. Japan’s economy is the third largest in the world, Japan owns massive amounts of US Treasuries (TLT) and Japanese financial institutions are intertwined with the global market. If Greece can heat up S&P 500 (SPY) volatility (VXX) across global markets, a shock in Japan would set the global financial market ablaze.

The next few charts will help illustrate why Japan is likely trapped in a vicious debt spiral. This first chart is the most straight forward. It highlights the cumulative growth of outstanding Japanese Government Bonds. As you can see, Japanese indebtedness has risen at an increasing rate over the years.