3D Revolution: The Future Is Now, Cash In 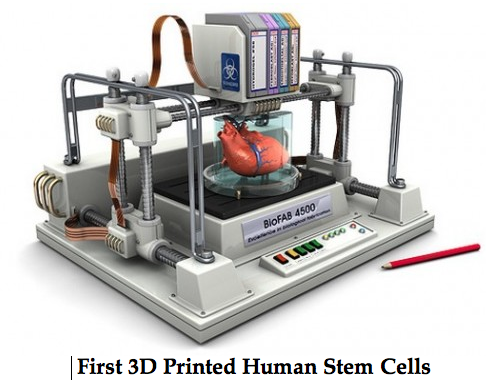 3D Revolution: The Future Is Now, Cash In

There was a time when every Star-Trek fan pined for the on-ship replicators that had the capability to produce anything ranging from food to hardware, and today we are close to that fantasy turning to a reality in the form of 3D Printing. This industry, touted as the next big revolution, has piqued the interest of technology lovers and investors alike. It has been heavily discussed in blogs, news and the like for its ability to grow and sustain the promise it has. There are those who believe that this is the future. On the contrary, there are those who believe that this is all a hype and gimmick and will die down as fast as it spread. I, for one, don’t believe that this is just hype; there is indeed a bright future in the industry, and it is already proving that by integrating itself into mainstream manufacturing.

3D printing uses a 3D printer and digital technology to print anything digitally modeled. The process also known as additive manufacturing uses successive layering of materials to form any shape wanted. The first working printer was created in 1984 by the founder of 3D Systems Corporation (DDD), Chuck Hull. However, the sales of these printers have picked up heavily in the 21st century and have become more widespread. The materials used in printing include polymers, powders, metals and alloys, resins, ceramics, sand, living tissues, and others. Metal-based printing has the potential to revolutionize the market.

The industry consists of many private and publicly traded companies investing their efforts in taking this revolution to the next step. Some of the major players include 3D Systems , voxeljet AG (VJET), Stratasys (SSYS), ExOne (XONE), ARCAM AB (OTC:AMAVF) and Organovo Holdings (ONVO), with Hewlett Packard (HPQ) and 3M (MMM) also preparing to enter the market.

The 3D printers presently are highly priced, owing to the patents preventing competition in the industry. These patents related to laser sintering expire in February 2014, which will open the avenue for manufacturing low-priced 3D printers. This expiration is being viewed as a major game-changer in the 3D printing industry.

According to Wohler’s Report 2013, the worldwide market of 3D printing and services expanded from $1.3 billion in 2010 to $2.2 billion in 2012. The industry average annual growth [CAGR] over the past 25 years is a striking 25.4%, with a 27.4 percent for the years 2010 through 2012. Additionally, the low cost personal 3D printers market averaged almost 346%, from 2008 to 2011. The main buyers included do-it-yourselfers, engineering students, hobbyists, and educational institutions.

In the aerospace area, NASA plans to launch a 3D printer into space next year, which will allow the astronauts to print the tools instead of carrying the load from here. Rolls Royce also plans to manufacture parts of its engines using 3D printing, as it is much faster and easier to use. Similarly, GE Aviation also plans to use 3D printing for its jet engines.

Organovo Holdings is a biotechnology company focusing on 3D bioprinting technology to create functional human tissues for medical and research applications. The products of the company aim at reducing the expenditure on clinical trials for drug testing. It will be launching its 3D human tissue liver for toxicity testing next year. The company has the right collaborations, and at the moment, has no major competitor. The share price, as on November 14, was $11.90, with a market capitalization of $919.61 million.

voxeljet AG , a German company, provides 3D printers and on-demand parts services, in the areas of automotive, aerospace, engineering, architecture, science and medical, film and entertainment and art. The company went public last month, with an opening price of $20 and is now trading at $52.40, as of November 14, 2013. The company turned to profitability with the recent earnings announcement for the third quarter and reported an increase in its product sales, with a market capitalization of $817.44 million, as of November 14. The company has celebrated customers that include Ford (F), BMW, Porsche, 3M, Daimler, among others. They also created the Aston Martin DB5 plastic double for the James Bond movie Skyfall.

3D Systems, a 3D printing giant, develops, produces and markets 3D printers, materials, customer services and authoring solutions for consumers and professionals. It operates primarily in the automotive, computer, electronic, aerospace, energy, consumer, education, defense, and healthcare products. The company primarily operates in the U.S., Europe, and Asia Pacific. The company has a trading price of $78.90 as of November 14 with a market capitalization of $8.1 billion.

3D printing is without a doubt an exponentially lucrative industry and is sure to fill many pockets as it keeps growing. The stock prices of the companies in 3D printing have seen a sharp up rise with substantial gains. It is not only an attractive technology, but also has the potential to cut the costs that go into research and development, manufacturing, extensive labor-force and the like. It allows for customized products for every customer, targeting market niches without incurring major costs.

The 3D printing industry has further been supported by President Obama, as he mentioned in his State of Union Address at the start of the year, that the industry has the potential to revolutionize manufacturing. The industry is no doubt in its infancy, but has garnered a lot of attention, with increased investments and research, which could only help in accelerating the progress. And with the giants such as HP and 3M entering the market, it is heavily anticipated to grow and fast. Additionally, the expiration of patents relating to printing technology will not only witness a surge of printers, but also increased competition.

According to MarketsandMarket research, the 3D printing market from 2013-2020 is expected to grow at CAGR of 23% and reach $8.41 billion. My take on the stocks of the 3D printing companies is that they should be bought in truckloads, as when the industry takes off as expected, there would be a surge in the stock prices, and a gradual rise can already be seen. Of course, the financial conditions and products of the companies must be analyzed before investing. The best options are Organovo, Stratasys, voxeljet, and 3D Systems.