Posted by The Verge 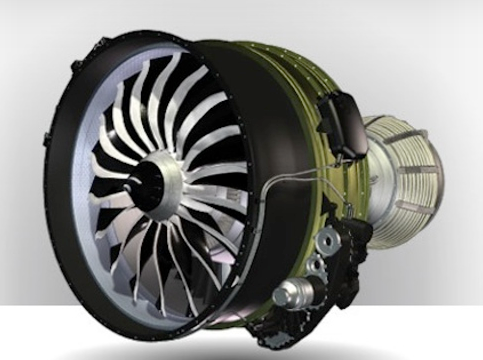 Also, CFM International, the world’s largest manufacturer of commercial airline engines, is using some 3D-printed components to help improve the fuel efficiency of its new line of jet engines by 15 percent. Earlier this month, the company — which is co-owned by GE and French aerospace giant Snecma — announced that it had decided on the final configuration of parts that are going into its new line of LEAP-1B engines for use in the Boeing 737 MAX commercial jets. So far, there have been 1,185 orders for planes with the new engine, and CFM said it expects to complete its first test by the middle of 2014.

The LEAP-1B is just one of a lineup of three different LEAP engines: The LEAP-1A is the larger, more powerful version and the LEAP-1C is the smallest of the line. But all three use 3D-printed parts, or more accurately, parts sintered of metal powders out by a laser, including valves and aircraft gaskets. By 2020, GE predicts that up to 10,000 componentsinside a jet engine will all be manufactured via similar means. GE just acquired some 3D-printing companies to help it along this process late last year, so expect the company’s dreams of more fuel-efficient aircraft to really take flight in later years.

The Verge was founded in 2011 in partnership with Vox Media, and covers the intersection of technology, science, art, and culture. Its mission is to offer in-depth reporting and long-form feature stories, breaking news coverage, product information, and community content in a unified and cohesive manner. The site is powered by Vox Media’s Chorus platform, a modern media stack built for web-native news in the 21st century.