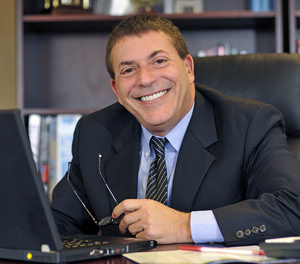 Happy New Year! I hope you had a wonderful holiday with friends and family. And, most of all, here’s to a healthy, wealthy and prosperous 2016!

Today I’m going to cut right to the chase. My Real Wealth Reportmembers already have my detailed top forecasts for 2016 and naturally, they will get all of my recommendations. Here, I can only give you a sneak peek of what I expect this year.

Mind you, I’m not an alarmist. I simply tell it like it is. How I see things unfolding based on my economic models. How I see the markets developing. So heed my views in this very important first column of the new year.

By doing so, you’ll be better prepared for what’s coming: One heck of a wild and wooly year in the markets, loaded with dangers and profit opportunities.

Then there’s Russia, with GDP having plunged 4.1%. The Russian ruble has crashed 21.6%. And just since early October, we have also seen Japan’s economy start to teeter again, with sovereign debts skyrocketing … the economy barely muddling along … and Bank of Japan officials getting ready to print even more yen.

Worse will be the increasing geopolitical stress — domestically and internationally — that is now coming true, sadly, in spades. ISIS, Boko Haram, the deadly Paris attacks. And now, Saudi Arabia and Iran, causing global equity markets to plunge on the very first trading day of the new year.

In fact, according to the Institute for Economics & Peace’s recent report on its 2015 Global Terrorism Index — deaths from terrorism increased 80% in 2014 alone to its highest level ever.

Sneak Peek #2:
Another bull run higher for the dollar.
And collapse in the euro.

Yes, someday, most likely by the end of 2020, the dollar will lose its almost singular reserve currency status …

Not because it will crash and burn. But because it will eventually become so strong that it breaks the back of almost every country that has dollar denominated debt — including our own government.

Sure, there will be short-term setbacks for the dollar, but overall, the dollar is headed higher in 2016, possibly much higher.

The forces are easy to see:

And they should be. Chinese investors will be among the first to diversify their assets now that the currency is becoming freely convertible. But that’s the part of the story almost no one told you about, unless again, you were one of my subscribers.

Remember, wherever the global economy slows, whenever there are troubled spots in any part of the world, not to mention rising geopolitical conflict and terrorism …

Dollars get bought to either buy assets or pay down debt, and the dollar rallies.
It’s that simple.

Yet despite a stronger dollar …

Sneak Peek #3:
A rolling thunder of commodity bottoms and new bull markets are right around the corner.

I have shown you some of my forecast charts in recent columns. Gold, silver, platinum and palladium have all followed my forecasts to the tee, plunging throughout 2015, reaching new lows for their bear markets nearly right on time in November and December.

But it’s not just precious metals that are bottoming and should soon start awakening in new bull markets.

It’s also oil, natural gas, grain markets, and yes, oil and gas exploration companies and mining shares — where more money will be made in the next few years than any other asset class out there.

Where despite deflation and all the problems in the world, commodities — as tangible assets — came roaring back into favor amongst the savvy … rightfully concerned that entire governments would be collapsing.

Real Wealth Report subscribers had a fantastic 2015 … and we’re set to keep it rolling into 2016. Click this link to get on board now before you miss out on any more profit opportunities.