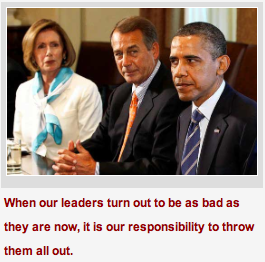 I’m about to put pen to paper and write my December Real Wealth Report issue. It will be a seminal issue with my forecasts for 2014 and beyond. You won’t want to miss it. If you’re not a subscriber, you can join in time to get the issue by clicking here.

While I hate to say I told you so, what happened this year was etched in stone as far back as 2011. And what will unfold in 2014 will have even greater impact in the years ahead.

I’m not talking about theory here. I’m talking about plain old common sense. The world is about to dramatically change, and along with it, the financial markets and your wealth. If you think conventionally and you’re not careful, your wealth will go up in smoke. I am a student of the markets, of mass human behavior, of history, of cycles, psychology, and cultural and economic anthropology.

All of those fields can be distilled down to the markets, the great arbiters of all, the measurable but fluctuating figures that determine value, perceptions, optimism, pessimism, greed, and fear.

The markets are beasts with their own minds and personalities. But in the end, they are comprised of the emotions of tens of millions of investors all over the world acting in their own best interests.

If it sounds like I’m getting philosophical, I am. And the reason is simple: The last three years in the markets have been transitional.

This is important because I have learned that great transitions in human behavior and in financial markets tend to occur in three-year periods, just like market reactions against the trend tend to occur in intervals of three days, weeks, months or years.

Once you pass that three-year increment, which started in 2011, the “shift” hits the fan and all heck breaks loose.

The financial crisis that started in 2007 is not over. Not by a long shot.

Europe’s sovereign debt crisis is not over either. To the contrary, it’s about to explode back on the scene.

Washington has done nothing to solve its problems either. The debt can was merely kicked down the road and will resurface in 2014, despite the recent budget agreement.

The war cycles are turning up dramatically. From 2014 to 2020, they will wreak total havoc on Europe and the U.S.

And in Europe and Washington, our leaders are becoming more and more dictatorial, more fascist, more authoritarian.

Why? Because big Western socialist governments are dying and our leaders know it. So they are acting like caged animals and fighting back the only way they know how: By attacking their own citizens.

This is how Rome died. This is how the Byzantine empire fell. It’s how the maritime merchant-based Venetian times ended. And many other civilizations throughout history that have often been at the core of the global economy.

They do not die by hyperinflation, as so many seem to think. They do not die by severe deflation either. Instead, they die by leaders turning against their own people to hunt down every penny of wealth they can find to tax and confiscate — all in the name of saving the government.

Some might say it’s our duty to save our government. I respect that. But I don’t agree.

Instead, I believe it’s our duty to design the right government and elect the right leaders. When the government doesn’t work or the leaders turn out to be as bad as they are now, it is also our responsibility to throw them all out and improve our government and install new leaders.

The same applies to the monetary system. When it’s broke, as it is now, it’s time for a new one.

The good news: Changes are coming. But the process of change is going to seem chaotic, wild, and even violent at times. In society and as a result, in the financial markets.

If there’s one thing I need to tell you today — without spilling the beans on my upcoming Real Wealth Report 2014 forecast issue — it’s this:

We are about to enter a period that I call “The 21st Century Dark Age.”

You can survive it. You can even prosper through it. But you simply must take specific, high-level action to do so. That action is …

First, question everything and anything the government is telling you. They will be lying to your face more than ever before.

Second, question everything and anything you hear about the markets, no mater what market it is, and do your homework. I figure that better than 90 percent of all advisors are going to get the markets wrong in the months and years ahead.

They are either too young or they simply don’t have the historical awareness of the times we live in to understand the future times facing us.

Third, be as emotionally disciplined and as objective as possible. Don’t fall victim to crowd hysteria. That’s always good advice. But in the months and years ahead it will be absolutely critical to your financial survival.

Right now, the three-year transition that I spoke of earlier is coming to a head. In 2014, we will see new trends emerge in most markets.

Those new trends will be the result of the next phase of the financial crisis kicking in and they will also be the consequence of the first phase. For in the end, we have not fixed anything. There has been no real change. Just some healing. The wounds and broken bones are still present.

Right now, gold, your best barometer — not of inflation, but of mass human behavior — is completing its three-year transition period. When it bottoms, watch out. It will be your sign that we are about to enter the beginning of the “21st Century Dark Age.”