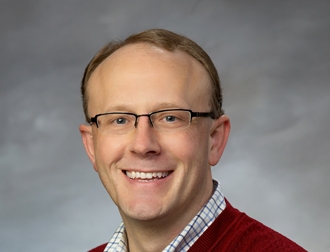 Welcome to the 2013 Annual Forecast Issue of Views from the Crowsnest. Over the last six weeks we’ve been hunkered down in quiet contemplation of what 2013 may bring. The world continues to edge closer to the second major downturn in what I believe is The Second Great Depression.

Our conclusion for 2013: buckle up in order to survive and profit during the volatility caused by emerging sovereign debt crises. Played correctly, 2013 could be a very profitable year for investors! The always-important traits of filtering out noise, being nimble and investing without emotional baggage will become more essential than ever.

I believe that 2012 has proven beyond any doubt that mainstream financial media has lost its way. With lots of air-time to fill, most mainstream financial pundits seem most interested in weaving tales of easy money or financial Armageddon. As long as they keep their ratings up, nothing much else seems to matter. The results are consistent and predictable: whip up investor emotions of fear and greed via sensational narratives, e.g. the fiscal cliff, and then beat them to death. Choose your information sources carefully.

With my blunt conclusions of financial punditry and ongoing experience as a Portfolio Strategist with ETF Capital Management fresh in front of me, I’ve made a conscious decision to shift my professional writing. I’m going to focus far less on narrative development (what MAY happen in the future), and much more on the practical side – dealing with what IS actually happening in the most direct fashion possible. The future arrives soon enough, so perhaps living more in the present will be helpful; it’s certainly less stressful!

Don’t get me wrong, it’s important to stay informed – it’s essential to protecting and growing your nest egg. Simply put, I’ve chosen to leave most of the narrative development in the hands of a select number of trusted sources who already do it very well – those independent thinkers who have consistently predicted major trends. In my professional capacity as both a Wealth Management Advisor and Portfolio Strategist, my job is to focus on prudent real-time integration of the wisdom of about 10 selected sources that excel at predicting the future, confirmed always by price patterns, of course.

Regardless of the individual situation, I recommend that each reader ensures that their investment decision-maker uses a practical, systematic and disciplined process for getting in and out of investment positions, with real risk controls. In my opinion, disciplined systems and humility are THE two key ingredients in the creation of excellent long-term track records, especially when it comes to risk management.

Everything in the financial world needs to be kept in context…and the most important context for each of us is our personal situation. It’s literally impossible for me to over-emphasize the importance of understanding two essential things: your personal risk threshold and the rate of return that you need to average both before and during retirement. Knowing these two things will reduce your personal stress and help you become a more patient and disciplined investor; that’s why having a comprehensive Wealth Management Plan is an essential starting place.

Given that this is our 2013 Annual Forecast Issue, we have outlined below our sense of what we see coming next year. Our five specific investment themes are described in the next section below, but first I ask that you consider the following broader concepts:

2013 promises to be a very interesting year, chock full of both risk and opportunity. Each of the themes below can bring pain or pleasure to your financial portfolio, depending on how your decision-makers allocate your assets. Here are the five areas we are observing for early trend development and investable situations:

1)      Europe’s Penultimate Descent: the Europeans are very creative re: devising new ways to delay the implosion of their banking system and rich social programs. With Greece, Spain, Italy, and Portugal constantly teetering on the brink, the EU/ECB/IMF crowd has become very adept at soothing the masses with elegant promises of solving a debt crisis with new and different debt. Brilliant! Germany should be able to back-stop the rest of the EU one last time in 2013, but the price tag for the rest of the EU will be big: much more power transferred to Berlin and Frankfurt. The final implosion of Europe will occur when Germany loses its “safe haven” status, but that might not happen for another couple years.

2)      The China Syndrome: the digital fireworks mirage over Beijing during the 2008 Summer Olympics opening ceremonies was just the warm-up act for this command and control regime. Their GDP numbers are more manipulated than Europe and the U.S. (a major achievement unto itself) and even those data are declining. Endless loans to build roads and bridges to empty cities, malls and apartment buildings while expanding their monetary base in direct proportion to European and US-bound exports do have eventual negative consequences, even for mighty China. Yes, the longer term story of the urbanization and industrialization of their massive population is still intact, but as the Shanghai Stock Exchange illustrates objectively, this journey has a few potholes along the way. Oh my, what would Chairman Mao think of this?

3)      Turning Japanese: with newly elected Prime Minister Abe and their 10th Finance Minister in six years, the Land of the Rising Sun is poised to embark on potentially unlimited Quantitative Easing to jump start their stagnant economy. Staggering. With headwinds like a crushing debt load, rapidly aging population, social norms of “full employment,” incredibly restrictive immigration policy, a virtual absence of useful natural resources, the rising cost of natural gas versus now-unpopular nuclear power, and a smoldering dispute with China over useless but symbolic islands, Japan will likely erupt with its own sovereign debt crisis. Timing is unknown, but I’d venture a guess that it starts within 12-24 months. This Kyle Bass video is excellent.

4)      The Hitching Post Emerges: Precious Metals are an excellent example of how zeal for a story can cause intelligent people to lose sight of the objective reality of price patterns. I have been a drum-beating public long term bull on gold, silver, platinum and palladium for nearly 8 years now, and I have seen no evidence yet that causes me to change that longer term view. We are gold bulls, not gold zealots, and have repeatedly warned that the road will be very bumpy; especially until we achieve some kind of escape velocity from the upside resistance that has plagued prices of both the metals themselves and the companies that find and produce them. As every major economic power continues to engage in a competitive currency devaluations, influential people are starting to understand that gold is the only currency (or backing for a paper currency) that has zero counterparty risk. James Dines refers to gold as “the hitching post in the monetary universe” and 2013 has high potential for PM’s to begin their true emergence as a solid alternative to fiat paper issued at the whim of highly-politicized central bankers. Paper gold and silver positions should be actively managed as investments, while physical PM’s should be treated as monetary insurance.

5)      Descent into Chaos: dysfunctional and violent governments take turns making global headlines. Israel, Iran and the U.S. each continue to position their armed forces for a major military conflict, while Syria’s dictator continues to slaughter his own citizens. North Korea continues to test its missile systems while China and Japan rattle sabers over mostly-barren islands between their respective mainlands. Narco-violence is surging throughout Latin America and along America’s southern border, while a handful of mental-health patients murder innocent schoolchildren and first responders in the U.S. Given the violence smouldering in isolated pockets, it wouldn’t take much for smaller conflicts to merge into a major regional war. This is extremely depressing for those directly involved, and underscores how incredibly fortunate we are to live in a relatively peaceful and prosperous country.

Whatever happens in 2013, I encourage everyone to take responsibility for making sure your financial assets are being managed in a manner that is both consistent with your worldview, and according to an objective, systematic and sustainable framework.

Please bear in mind that investing is not a game of “perfect,” it is a system of consistently high-quality decision making….one day and one position at a time. As long as downside risk is tightly controlled, one doesn’t need to be right much more than 50% of the time in order to generate investment results that will help you achieve and maintain financial independence. Whenever in doubt, watch the price patterns.

Patience and Discipline are accretive to your wealth, health and happiness; Fear and Greed are destructive.