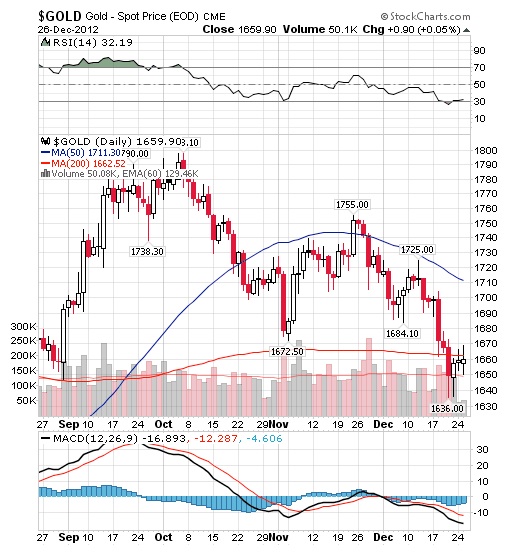 The Godfather of Newsletter writers, the 88 yr old Richard Russell has lived through depressions and booms, through good times and bad, through war and peace. He was educated at Rutgers and received his BA at NYU. Russell flew as a combat bombardier on B-25 Mitchell Bombers with the 12th Air Force during World War II.

“You and I are watching, or I should say living through, the greatest bubble in world history.  What could it be?  Is it the world population growth?  Is it the explosion of world communication?  Is it the progress in health?”

“It might be any one of those, but no — it’s the credit bubble.  Think of it.  The US now has a national debt of over $16 trillion.  That doesn’t include incurred debt that is not on the books.  The question is — how will this enormous debt ever be handled?  (1) It might be refinanced, meaning that it might be (if possible) kicked down the road like an old tin can.

(2) It might be reneged on, which would be a default (unthinkable, since this would be an admission of sovereign bankruptcy.  (3) The debt could be addressed through devaluation, meaning destroying the purchasing power of the dollar.  The third is by far the most likely way that the debt will be addressed, since we are already on this path.  Politically, it is the most palatable way, since it is the way that attracts the least attention from the voters.

Right now sophisticated investors are protecting themselves from the diminishing purchasing power of the dollar.  How do they do it?  Easy, they swap their Federal reserve notes for tangible items of value — million dollar apartments in New York, fabulous works of art, rare gems and jewelry, property such as thousands of acres in New Mexico or Montana, classic automobiles such as rare Ferraris or Mercedes, hundreds of acres of arable farmland, collectibles, and silver, platinum and gold.

For the average person, most of the foregoing are difficult or even impossible to own.  My own thought is that the easiest and most sensible way is to own silver or gold.  The question is always, “OK, so I own some gold coins. Where should I put them?”  Ah, the eternal question.  My suggestion is (1) place them in a good steel safe at home, (2) bury them in a plastic container in the ground, (3) buy the coins through an outfit you can trust such as a Swiss or Canadian bank, (4) place the coins in a bank vault.

My own instinct is to watch the unfolding picture, and “play it as it lays.”  In other words, I honestly don’t know how this is all going to play out and neither does anyone else.  The one thing I feel certain about is that the current debt or credit bubble will be met with devalued dollars.  That means that we should all prepare for tough times and above all, we must PAY ATTENTION.

Below, gold appears to be finding support in the area of its red 200-day moving average. Technical analysis is more an art than a science.  Often it entails deciding which studies to believe and which studies to jettison at any given time.  Right now, I’m interested in the VIX, often referred to as the “fear index.”  Over the last day or so, the VIX has suddenly surged to a bit over 20, as you can see on the chart below.  This means that options buyers are preparing for an increase in volatility some time during the coming 30 days. Late Notes – We’re now at an interesting juncture where technical conditions in the market are poised against potentially very bullish news.  Even if news of the completion of the fiscal cliff comes out, I’m not sure whether the Dow has enough strength to better its September high — particularly since technical conditions are negative for the Dow.

For this reason, I have chosen to remain neutral and safe.  Long-term, my preferred position is to have one-third of my assets in cash, one third in my home, and the rest in gold (bullion coins if possible).”

You can subscribe to Richard Russell’s Dow Theory Letters (highly recommended and great value) by  CLICKING HERE. As an added plus for subscribers, Richard publishes the latest Primary Trend Index (PTI) figure for the day on his web site, 9 times out of 10 with a poignant  commentary.