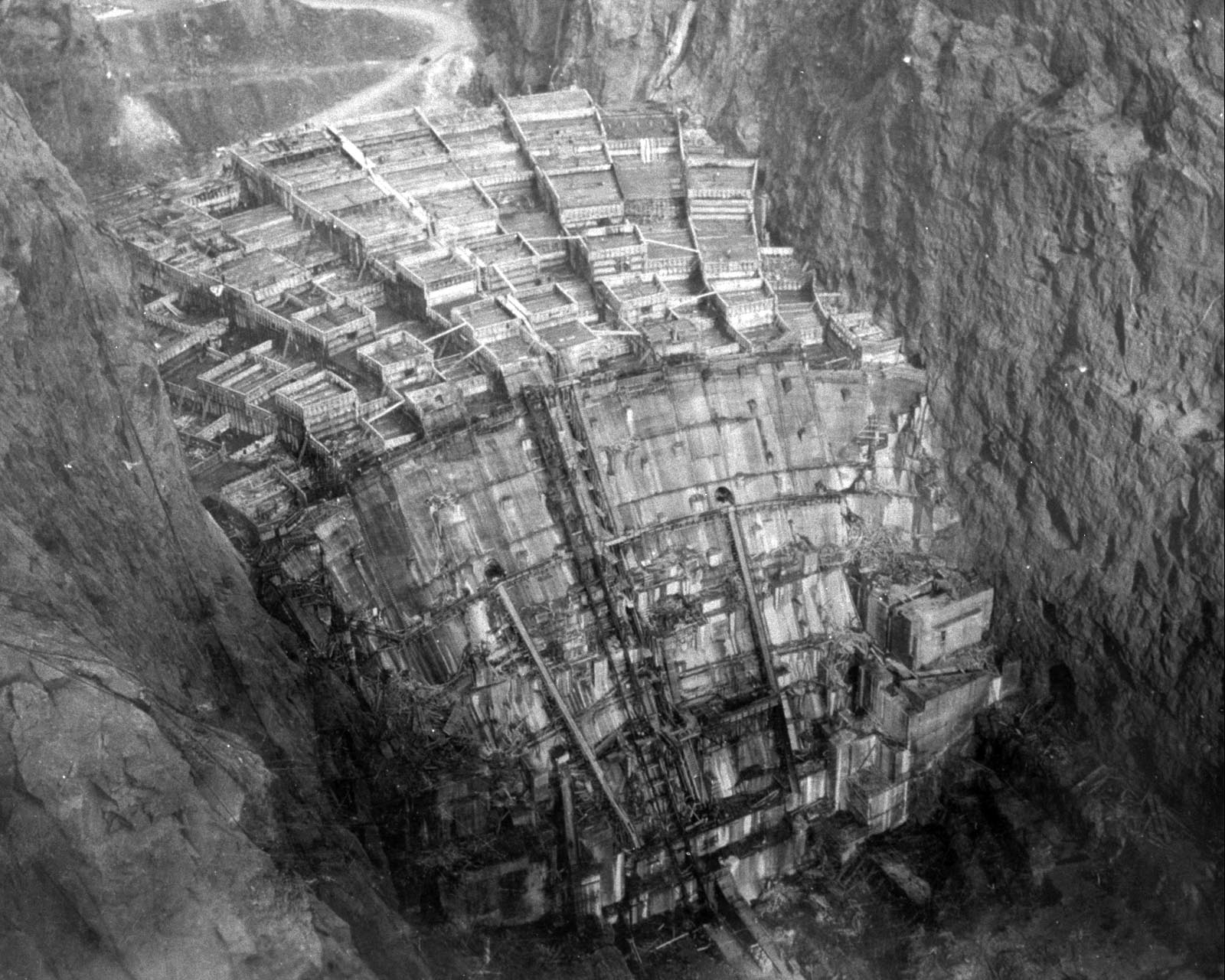 On December 20, 1922, a surveyor — J.G. Tierney — made his way along the Colorado River by barge. Tierney, who worked for the U.S. government, was surveying a remote spot in the Mojave Desert called Boulder Canyon.

Boulder Canyon sits in the middle of some of the most unforgiving land in America.

During the summer, temperatures frequently top out near 120 degrees. Less than five inches of rain fall each year. Rattlesnakes and scorpions hide under rocks. And the sharp cliffs are near-impossible to scale.

And yet, this canyon in the heart of the desert holds one of the greatest investments in U.S. history… one that has generated billions of dollars in wealth and is practically guaranteed to keep doing so for decades.

But it wasn’t without its costs. In total, 112 men — beginning with J.G. Tierney, who on that December day drowned after falling off the barge that carried him and his equipment — died to create this investment. Before I get too far… no, I am not recommending that you invest in the Hoover Dam. Even if you wanted to, it’s fully owned by the U.S. government. There’s not a stock you can buy that gives you access.

Instead, it’s what Hoover Dam represents that is the true opportunity to grow your wealth.

The project was massive. At its peak, more than 5,000 people worked on it at the same time. And the dam contains enough concrete to pave a two-lane highway from San Francisco to New York City.

That $49 million investment is the sole reason why millions of people are able to live in the Las Vegas area today. And it has generated billions of dollars of wealth in the process.

But Hoover Dam didn’t just create a massive reservoir to provide water to the middle of the desert. It also created one of the most lucrative electricity generation plants ever built.

Located in the base of the dam are 17 hydroelectric turbines that make up the Hoover Powerplant. These turbines generate roughly 4.2 billion kilowatt hours (kWh) of electricity per year, making it one of the largest hydroelectric plants in the United States.

Electric providers love hydroelectric power because it’s among the cheapest power sources on the planet. Hoover Powerplant sells its electricity on the wholesale market at just 1.6 cents per kilowatt hour. In comparison, Las Vegas residents pay an average of 11.6 cents per kWh for electricity — seven times as much.

But even at that low cost, Hoover Dam generates and sells about $63 million in electricity every year (1.6 cents x 4.2 billion kWh) — that’s nearly 130% of what it cost to build the dam in the first place.

Of course, there are a number of other costs such as maintenance and upkeep that figure into the equation, but the point remains — Hoover Dam has become one of the greatest individual investments ever made by the U.S. government. And it continues to increase its return year after year.

So how can this help us as investors? After all, as I mentioned earlier, you can’t invest directly in Hoover Dam.

Hoover Dam is what I like to call an “irreplaceable asset.”

No one can come along and build a competing dam. And the world isn’t going to run out of a need for electricity. If anything, we’ll need more electricity in the future.

That’s why even 76 years after it was built, the dam is more important today than ever.

And while you can’t invest in Hoover Dam, there are dozens of irreplaceable assets around the world — including many hydroelectric dams — that you can invest in.

And as you would expect, investing in these irreplaceable assets has proven to be extremely profitable.

Take oil and gas pipelines, for example. Pipelines are the ultimate irreplaceable assets. Another company can’t simply build a pipeline next to an existing one. And the pipelines that carry fuel, natural gas, oil, and other commodities across the country aren’t about to be replaced by some new technology.

That’s why I’ve loaded up on pipeline operators, which are typically structured as master limited partnerships (MLPs), in my Top 10 Stocks portfolio.

In fact, pipelines have been one of the strongest corners of the market for years. The benchmark for master limited partnerships — the Alerian MLP Index — has returned 328%, including dividends, during the past decade… or almost 16% a year. That’s over three times the S&P 500’s 10-year performance.

But there are more irreplaceable assets than just pipelines.

Take my investment in Brookfield Infrastructure (NYSE:BIP). Brookfield owns toll roads, electricity transmission grids, ports, and railroads all over the globe. All of these are irreplaceable assets. And they continue to earn a steady stream of cash for BIP and its investors.

This is exactly why I added the shares to my Top 10 Stocksportfolio more than two years ago. And it’s why the stock is one of my biggest winners — up 67% in just over two years while paying a yield of 4.4%.

Don’t get me wrong, there are no guaranteed winners in the investing world. Any investment can fall in value. But when you find the sort of securities that give you access to irreplaceable assets, they often end up being some of the most lucrative investments to own for the long term.

Note: It’s no surprise that our “Top 10 Stocks For 2014” report lists several companies that own irreplaceable assets, helping many of these companies dominate or even monopolize their markets. These cash-rich stocks not only throw off dividend yields twice as high as the S&P 500, they also handily outperform it. Through 2012, our annual list of Top 10 Stocks have beaten the market 7 out of 10 years. Visit this link to get all the details…