10 Urgent Steps We MUST Start Taking … 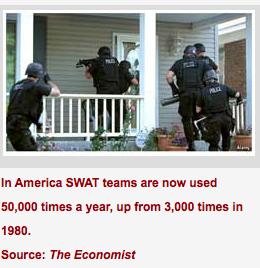 Meanwhile, the euro appears ready to crack, and deflation still has the upper hand in an assortment of commodities — ranging from oil to wheat, and soon to follow, soybeans, which could be about to fall very hard.

That’s the near term. But now, let’s turn to the Big Picture. I am often asked …

“Larry, what can we do to prevent our country
from continuing to slide down a slippery slope?”

(while concentrated on the US, a lot of this applies to Canadians – Editor Money Talks)

I have ten proposed ideas, all of them controversial, too. And all of them difficult to execute, to be sure.

But in my opinion, in order to get our country back on track, at a minimum, we MUST get started on the following:

FIRST, and foremost, aim to pay off our foreign creditors. 100 percent on the dollar. Stop the bleeding interest payments and become 100 percent invulnerable to foreign financial threats.

SECOND, aim to ultimately pay off domestic creditors to the U.S. government as well. There isn’t enough money to do so. But, there are assets and equity.

How will that ever be possible? Here’s an idea: Offer domestic creditors a second, alternative choice: A swap of their domestic U.S. debt for equity in a newly established, not-for-profit federal government. Make the equity transparent and liquid and tradable on an established exchange, but only by U.S. citizens.

That would be radical and far off, of course. But a first step in that process is not: Just move step by step to privatize as much of the federal government as possible to free up cash, to stop cronyism, and to get rid of a bloated, wasteful government.

THIRD, aim to abolish the tax code. Replace it with a consumption tax, with the only exempt items being food and clothing. By getting rid of the current tax code, we also get rid of politicians’ non-stop efforts to play God and socially engineer society.

FOURTH, move toward maximum term limits for all members of Congress. For example, they could serve one 3-year term, and that’s it. Also enact term limits for federal, state and local judges.

SEVENTH, put all votes on ALL major federal and local bills and laws to the public via referendums. No more coming up with insane laws and burying them in some larger bill so they get passed without the public having any clue what’s going on whatsoever.

Consider the FACTA foreign reporting of American overseas bank accounts and how that was slipped into Obama’s 2010 Hiring Incentives to Restore Employment Act … how that is now causing banks all over the world to stop doing business with Americans.

EIGHTH, stop all spying on domestic U.S. citizens, unless a legitimate search warrant has been issued. NINTH, scale back the police state that we now have.

Just consider how the esteemed Economist describes the American paramilitary force, where SWAT teams are now used around 50,000 times a year, compared to 3,000 times in 1980.

Or consider the small town of Keene, New Hampshire, which spent $286,000 on an armored personnel-carrier known as a BearCat — to patrol Keene’s annual “Pumpkin Festival.”

TENTH, open up the spigots on our new energy independence and become an energy exporter.

And more, including deregulating small business, which is 70 percent of our economy and the home of American entrepreneurship.

Difficult to do? Absolutely. Controversial? You can bet on it. But these kinds of steps will put us on the right track — back to the great Constitution our forefathers drew up that made America a great nation. That gave us liberty and the pursuit of happiness, for all.

It’s time for change. You know it. I know it. So does the rest of the world.