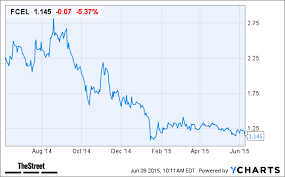 OPEC says that $10 trillion worth of investment will need to flow into oil and gas through 2040 in order to meet the world’s energy needs.

The OPEC published its World Oil Outlook 2015 (WOO) in late December, which struck a much more pessimistic note on the state of oil markets than in the past. On the one hand, OPEC does not see oil prices returning to triple-digit territory within the next 25 years, a strikingly bearish conclusion. The group expects oil prices to rise by an average of about $5 per year over the course of this decade, only reaching $80 per barrel in 2020. From there, it sees oil prices rising slowly, hitting $95 per barrel in 2040.

Long-term projections are notoriously inaccurate, and oil prices are impossible to predict only a few years out, let alone a few decades from now. Priced modeling involves an array of variables, and slight alterations in certain assumptions – such as global GDP or the pace of population growth – can lead to dramatically different conclusions. So the estimates should be taken only as a reference case rather than a serious attempt at predicting crude prices in 25 years. Nevertheless, the conclusion suggests that OPEC believes there will be adequate supply for quite a long time, enough to prevent a return the price spikes seen in recent years.

Part of that has to do with what OPEC sees as a gradual shift towards efficiency and alternatives to oil. The report issued estimates for demand growth five years at a time, with demand decelerating gradually. For example, the world will consume an extra 6.1 million barrels of oil per day between now and 2020. But demand growth slows thereafter: 3.5 mb/d between 2020 and 2025, 3.3 mb/d for 2025 to 2030; 3 mb/d for 2030 to 2035; and finally, 2.5 mb/d for 2035 to 2040. The reasons for this are multiple: slowing economic growth, declining population rates, and crucially, efficiency and climate change efforts to slow consumption. In fact, since last year’s 2014 WOO, OPEC lowered its 2040 oil demand projection by 1.3 mb/d because it sees much more serious climate mitigation policies coming down the pike than it did last year.

Of course, some might argue that even that estimate – that the world will be consuming 110 mb/d in 2040 – could be overly optimistic. Coming from a collection of oil-exporting countries, that should be expected. Energy transitions are hard to predict ahead of time, but when they come, they tend to produce rapid changes. Any shot at achieving the world’s stated climate change targets will require a much more ambitious effort. While governments have dithered for years, efforts appear to be getting more serious. More to the point, the cost of electric vehicles will only decline in real dollar terms over time, and adoption should continue to rise in a non-linear fashion. That presents a significant threat to long-term oil sales.

At the same time, OPEC also issued a word of caution in its report. While oil markets experience oversupply in the short- to medium-term, massive investments in exploration and production are still needed to meet demand over the long-term. OPEC believes $10 trillion will be necessary over the next 25 years to ensure adequate oil supplies. “If the right signals are not forthcoming, there is the possibility that the market could find that there is not enough new capacity and infrastructure in place to meet future rising demand levels, and this would obviously have a knock-on impact for prices,” OPEC concluded. About $250 billion each year will have to come from non-OPEC countries.

In a similar but more disconcerting conclusion, the Oslo-based Rystad Energy recently concludedthat the current state of oversupply could be “turned upside down over the next few years.” That is because the drastic spending cuts today will result in a shortage within a few years. To put things in perspective, Rystad says that the oil industry “needs to replace 34 billion barrels of crude every year – equal to current consumption.” But as a result of the collapse in prices, the industry has slashed spending across the board and “investment decisions for only 8 billion barrels were made in 2015. This amount is less than 25% of what the market requires long-term,” Rystad Energy concluded. The industry cut upstream investment by $250 billion in 2015, and another $70 billion could be cut in 2016. The latter figure did not take into account the recent decision by OPEC to abandon its production target, which sent oil prices falling further.

So what are we to make of this? There could be plenty of oil supplies in the future, but as it stands, the industry is massively underinvesting? This illustrates a troubling tension within the oil industry. Oil prices will be set by the marginal cost of production, and recent efficiency gains notwithstanding, marginal costs have generally increased over time. Low-cost production depletes, and the industry becomes more reliant on deep-water, shale, or Arctic oil, all of which require higher levels of spending. In many cases, these sorts of projects are not profitable at today’s prices. The price spikes seen in 2011-2014 sowed the seeds of the current bust, but the pullback today could create the conditions of another spike in the future. OPEC could be a bit too sanguine with its call for $95 oil in 2040.

At the same time, future price spikes set up the possibility of much greater demand destruction, especially if alternatives become more viable. This is the difficult balancing act that the industry must pull off over the next few decades.