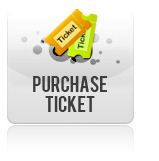 Our goals are straight forward. We want to protect attendees from profound financial instability encompassing the world. And we want to make them money.

With that in mind – our analysts are chosen for their integrity and their track record. They spend literally thousands of hours in preparation to be able to answer the one question they’ll be asked: Where is the best place to make money in 2015 and beyond?

We are not aware of any other conference that consistently recommended gold from 2002 to 2012 but then recommended taking profit in February 2012 and warned of a steep decline in February 2013 – as a follow-up to the written warning in the first week of October 2012 that gold was heading several hundreds of dollars lower.

And if you’re interested in real estate, consider that our number one recommendation in 2010 for investors was to buy the Phoenix market and we added Las Vegas in 2011. People who followed our advice made a killing.

In the currency markets the number one recommendation at the 2013 conference was to play the Japanese yen to go down. We exited that trade in May with a 300% gain.

The performance of our World Outlook Conference Small Cap Portfolio has been exceptional. By following any of the investments would have paid for the ticket price many times over.

“I’m looking for another Euro crisis late in the year. The ECB won’t be able to counter deflation, German industrial production will not meet expectations and the emerging markets will be down significantly” – Jack Crooks

“Once the Olympics are done you’ll see things rock & roll in the Ukraine. Civil war will be likely and the West can’t do anything about it” – Martin Armstrong

“I’m recommending that you underweight yourself, take some money off the table. This is a potentially difficult period and it is time to defend ourselves” – Josef Schachter

“What to own right now? The US dollar – you could see it rally very significantly” – Martin Armstrong

“The biggest surprise in 2014 will be the US economy and employment in the US gets much stronger, much faster than the market is anticipating” – Victor Adair

“Fund flows favour the $US – drastic improvement of US current accounts due to domestic energy production. Flight to safety and better overall US growth projections are all pointing to continued rise in $US.” – Jack Crooks

Gold is not the traditional hedge against inflation that people think. The next rally won’t happen until late 2015 and then run for 4 years to new inflation adjusted highs” – Martin Armstrong

“This isn’t 1999, yes these IPO companies are losing money but the big difference is they are generating huge revenues” – Brent Holliday

“I like palladium, it’s made a good run to this point but I like it going forward as well” – Mark Leibovit

Buy recommendations: “Defense stocks like Raytheon and the ITA, the aerospace index. Casino stocks like Wynn, Smith & Wesson and RGR, take a good look at the e-cigarette market and of course the burgeoning marijuana markets” – Mark Leibovit

Paying For Your Ticket Many Times Over

While past performance is no guarantee of future success, please be clear that the results we have achieved over the years have not been by accident. Our analysts have been chosen precisely because they do have strong track records. Of course they are not right every time but their uncanny ability to read the various investment markets while employing proven risk management techniques has clearly raised their probability of success dramatically.

And we have one! Our goal is to literally change your investing life. We think we can do it but we need your help. You’ve got to be interested. Com to the 2015 World Outlook Conference. Make a weekend of it. Maybe even take advantage of our special rate at the Westin Bayshore Hotel, whether you live in Greater Vancouver or farther afield. Bring a friend, invite a neighbor, consider buying a ticket for someone as a gift.

We are very confident in saying that the conference is going to be great. There are going to be big losers and some winners in the market – our goal is to put you in the latter group. Join us.