Where to the CDN Dollar……and more 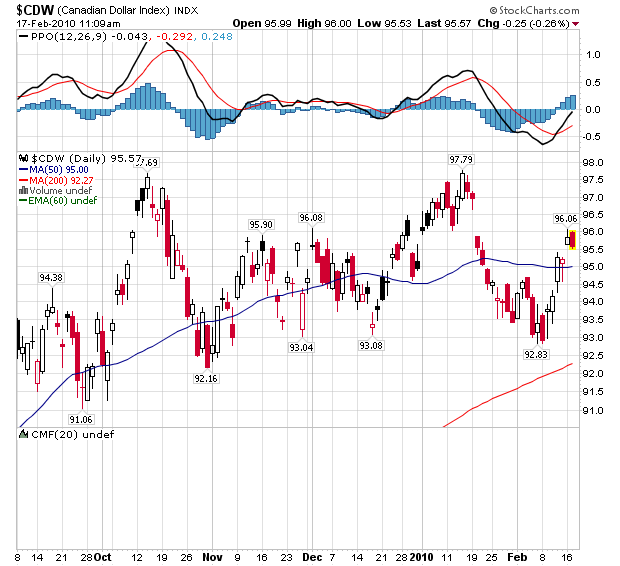 WHERE IS THE CANADIAN DOLLAR GOING?

What was impressive about the Loonie of late was that even as it was pulling back against the U.S. dollar during this most recent experience with risk aversion amidst the intense Euroland fiscal problems and the uncertain climate for commodities generated by the recent rounds of Chinese policy tightening measures, was that it managed to hold up so well against the basket of non- greenback currencies.

We still like the Canadian dollar on a long-term basis.  The domestic fundamentals on a relative basis are very strong, especially as they pertain to external balance sheets and fiscal finances.  The fair-value line is moving up between 1-2 cents every year and as a result, the Loonie, at just under 96 cents, is only ‘expensive’ by 3 pennies or so.

Still, the CAD is overvalued and the time to have loved it was when it was closer to being undervalued by a dime and was struggling near the 80 cent mark.  Back then, the oil price was at $40/bbl, copper was $1.50 a pound, and gold was $900 an ounce — and the People’s Bank of China was dramatically easing policy, not tightening it.  So, it was much easier at that point to fall in love with the Loonie and ride it up for the next 18 cents on the upside.

But at this point, on a near-term tactical basis, we will be content on maintaining a moderately bearish stance so that we can take advantage of any near-term or intermediate-term weakness that could take the Canadian dollar back into undervalue terrain and thereby augment our long-term positions.  Remember, the strategy is to buy low and sell high; not the other way around.