What the Future Holds 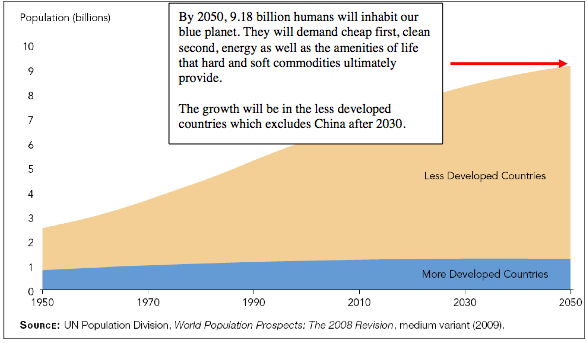 1. WHAT THE FUTURE HOLDS

The first decade of the new millennium slips into history, “not with a bang but a whimper.”  T S Elliot had it right; this decade has, in the final analysis, been “the hollow decade.”   The first decade of the millennium ended in a fundamental shifting of the global workplace. As the ball falls in Times Square tomorrow night the revelation that the world has changed forever and in many new ways is inexorably upon us all.

The next decade may bring profound change to world. I recently read a superb article (The New Population Bomb) in the Journal Foreign Affairs that identified demographic issues facing the world. In short, the developed world is aging.

By 2050 the population of the world will finally stabilize at 9.15 billion people.  According to the United Nations there are now 6.83 billion souls on plane earth. That implies a 34% increase – in 40 very short years! After 2050, according to the UN, we will enter a no growth phase in the world’s population.