Watch out for this kind of trouble! 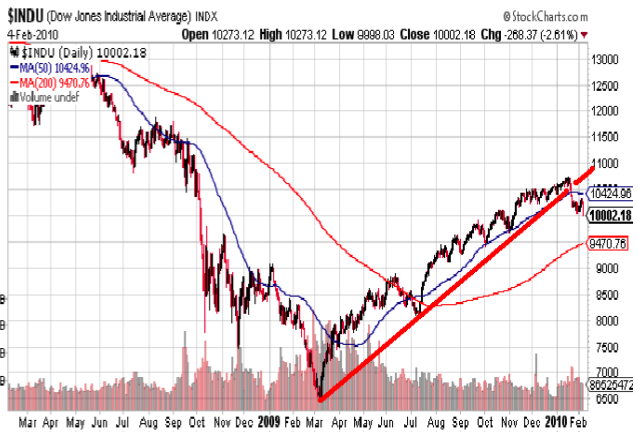 THE WORLD TURNED UPSIDE DOWN YESTERDAY  … or at least so it seemed to anyone trading in almost any market anywhere. The dollar soared; the Yen soared even more; the rest of the world soured rather than soared and no prisoners were taken… at least none that we know of. The body count, however, is not yet finished.

There may be changes to that statement when the count is done.  All we know for certain is that global capital was frightened in a manner we’ve not seen global capital frightened in a very, very long while. The margin clerks are sharpening their pencils, and we fear that prisoners may well be taken later today before the weekend. THE DOW[N] INDUSTRIALS:   The Dow, like so many other  important stock market indices,
rallied sharply from the March low and made its way into “The Box”  that marked the50‐62%  retracement of the bear market  that preceded this move. Now the trend line extending back to March  has been broken and try as we  might we cannot “spin” this any way other than bearishly.