THIS is what a bear market in Housing Looks Like 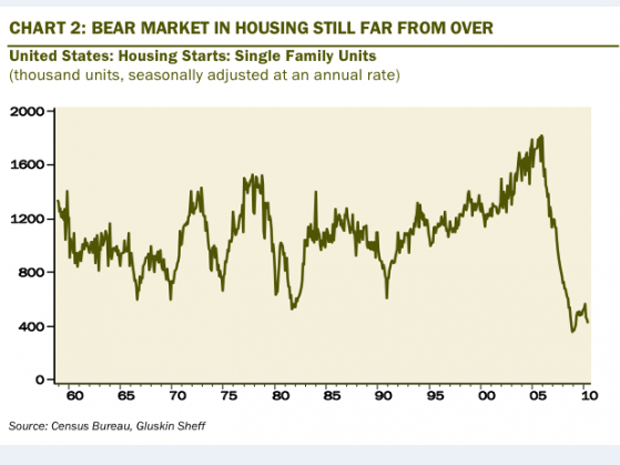 It would seem that with the new and existing home sales from earlier this week, the ranks of the housing bulls have been thinned quite aggressively.

But in case there are any more out there, David Rosenberg has a series of charts that reveal just how ugly the market remains.

He helpfully includes some lesser-spotlighted metrics, like foot traffic, buyer intent, and vacancies to give a fully-rounded picture of the market.

David Rosenberg is the chief economist of Gluskin Sheff, an independent investment firm, since May 2009.
Rosenberg was the Chief Economist of Merril Lynch from 2002 to 2009. He served also as a Senior Economist at BMO Nesbitt Burns and Bank of Nova Scotia. Rosenberg has a Bachelor’s and a Master’s degree in economics from the University of Toronto.