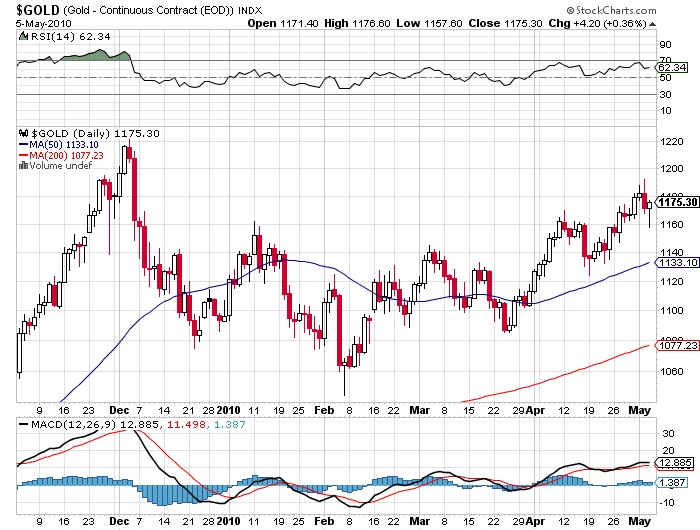 My mother, wife and daughter are upset as they just keep hearing me say “I love it” to my computer. What they don’t know is I’m saying this after looking at the gold chart above. The overwhelming number of gold perma-bears, bears and weak-kneed bulls will IMHO miss out yet again on the mother of all gold secular bull markets. In fact, I just received video of an infamous gold perm bear who was in the midst of spewing his usual crap when… (You’ll just have to watch what happened to him).

Given we’re up against a major downtrend line on the U.S. Dollar Index and are overbought in the short-term, the U.S. Dollar is deserving of some profit-taking. I don’t think its bear market rally is done and we could get projections up to 92 so stay tuned.

$5,000 Gold causes TOUT-TV senior anchor to resort to gold perma-bear status.
The class clown among the gold perma-bears has long claimed gold wasn’t in a bull market but that the U.S. Dollar was in a bear market. How do you explain this Tokyo Rose?
The ultimate balls
Sadly, the when not if is getting closer
I’ve been engaged by Alderon Resource Corp. It will remain on model portfolio list but is now a client of mine.
Taseko Mines appears it was a gift from God buy under $5 yesterday. The Prosperity can make it a double-digit stock in next 12-24 months in my biased but honest opinion.