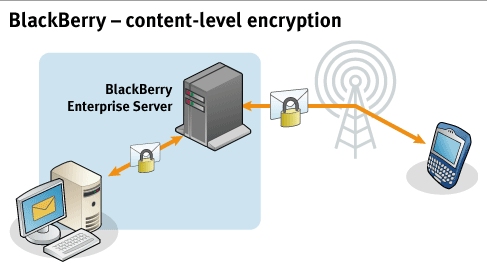 Over the last few weeks, foreign countries have been threatening to ban Research in Motion’s (RIM) (TSX: RIM) (NASDAQ:RIMM) blackberry services such as encrypted email and blackberry messenger (BBM) because the technology made messages too difficult for their governments to monitor…read more HERE

If you haven’t already heard, India just gave RIM until August 31 to comply with a request to gain access to encrypted corporate email and messaging services or those services will be shut off.

Not long before that, United Arab Emirates, where RIM has 500,000 users, proposed a ban starting Oct. 11 targeting BlackBerry Messenger as well as e-mail and Web browsing. If this happens, don’t expect your blackberry to work when on vacation in Dubai because this ban will also apply to visitors.

The list of countries threatening to ban blackberry services are beginning to pile up. Indonesia, Lebanon, Saudi Arabia, and China have all had issues regarding the tight security behind RIM’s services.

RIM made its mark on the smart phone world by offering something that no other smart phone providers could: Security.

In fact, most of the world’s major corporations and governments heavily rely on the BlackBerry’s unbeatable email privacy and messaging system. In addition to that, RIM’s software compresses messages so that they use only about 5 per cent as much bandwidth as an iPhone uses. It is this shrinking that encrypts the message, ensures secure delivery, and saves on bandwidth costs.’ For years, corporations have purchased blackberries in droves because of its ability to make messages extremely difficult for outside parties to monitor due to its strong encryption. But now it seems that RIM has done too good of a job of protecting its users privacy that foreign countries are threatening to ban its services. And we don’t blame them.

You see, unfortunately for RIM, the BlackBerry’s ironclad security has also attracted cohorts of criminals, drug dealers, and terrorists. This makes it near impossible for governments around the world to effectively monitor the messages of these villains.

Remember the Mumbai Terror Attack? It was later found that the terrorists involved in the attack were communicating with Blackberries and the terrorist mastermind controlled events via a BlackBerry server in Pakistan. Regardless, can the governments blame RIM for that?

It’s not impossible for authorities to crack the blackberry messages. Governments can still access the decrypted emails and messages that are being sent. They just have to find the server, as they did with the terrorists from the Mumbai attack. The problem is the servers may be hidden overseas and gaining access is difficult due to legal and political issues.

What does this mean for RIM and its shareholders?

Despite the controversy of its secure services, the market seems to be ignoring the fact that Canada’s leading technology company saw a 40-per-cent rise in BlackBerry sales over the past 12 months and remains one of the top phone makers in the world, topping Motorola earlier this year. Yet, shares of RIM have dropped close to 30% in less than 6 months.

Even with the introduction of competing smart phone solutions, RIM’s BlackBerry remains prominent amongst large business customers due to its track record of security and reliability. Just ask President Obama.

When the dust settles and the blackberry ban controversy is over, look for RIM to rebound.