The Taylor Rule and Interest Rates 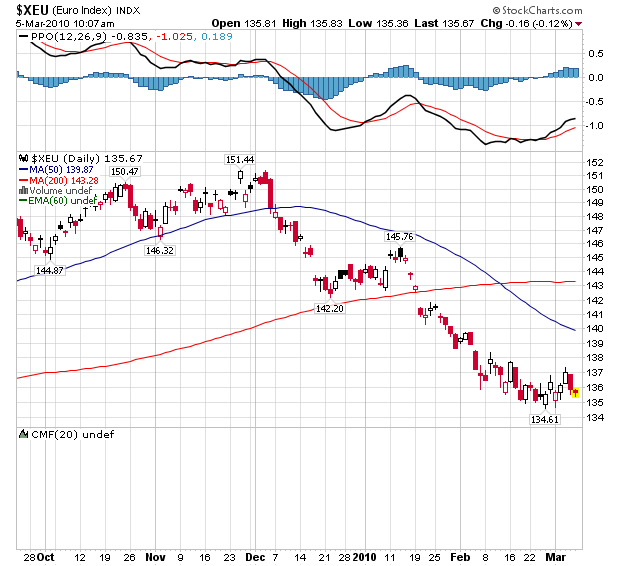 Ed Note: The Taylor Rule is explained just under the Gold Chart Below

Good day… And a Happy Friday to one and all! I don’t know about you… But I’m going to do my best to make this a Fantastico Friday! Hey! I have a new baseball cap! Last week in Scottsdale, a gentleman stopped by to say that he loved baseball as much as I did, and he was from Raleigh N.C, and he would send me a Durham Bulls baseball cap if I would wear it… And lo and behold in the mail yesterday was that ball cap! I’ll wear it with pride, my friends!

OK… All the euphoria about the end of the euro selling got deep sixed yesterday on two counts… 1. The European Central Bank (ECB) decided to extend stimulus measures, which led the markets to believe that the ECB would remain on hold with their interest rates, and once again, the markets believed that the U.S. would begin to raise rates before the ECB… 2. Moody’s downgraded Deutsche Bank (Germany’s largest bank) ” Well.. On the first count… I still believe the markets are barking up the wrong tree when they believe that the Fed is going to begin rate hikes soon… And on the second count… Poor Germany… They’ve got to be feeling like Charlie Brown in the old song… Charlie Brown, he’s a clown… Why’s everybody always picking on me?…

For when is Moodys going to have the intestinal fortitude to downgrade U.S. debt… When? I ask… Just when? Or… Even the financial institutions that are still walking on eggshells here in the U.S.? But nooooooooo! Let’s go pick on Germany’s largest bank!

Now… Here’s what I found yesterday to be the biggest story… That Greece was going to seek the aid of the IMF… Whoa there partner! The ECB is going to have none of that! And I told Chris Gaffney just that yesterday… For if the IMF were to come in to save Greece, the ECB would have egg all over their faces.. And an admission that the ECB can’t deal with problems in its own region…

Instead… I proposed this last week at our editors meeting in Scottsdale, again yesterday to Chris, and now here with you… That the European Union, set up its own monetary fund, and call it the European Monetary Fund, to act like the IMF, but it would be made up of nothing but European nations, and would help when times got bad… Sounds like a viable plan to me! Hey! Maybe, they should put me in charge over there! HA!

And looky there! I’m now seeing a story on ECB President Trichet saying that Trichet pressed Greece to halt their flirtation with the IMF, and instead work with European Union officials to tame their deficits…

So… All this back and forth, I’ve got it, no you’ve got it, no the sun is in my eyes, bull going around the Eurozone, has tied the euro to the dollar’s tracks once more… Where’s Big John, slow talking John, slow walking John? Come on! Someone has to ride in to save this region from itself!

Well… Today, being the first Friday of the month, is a Jobs Jamboree Friday here in the U.S…. I would have to think that the Gov’t officials who claim that the stimulus created / saved jobs last year, would be dreading the print of the Jobs report… You see, somewhere along the line, that line about “saving jobs” is nothing but rearranging the deck chairs on the Titanic… All the while, the job losses, albeit not as deep as they were a year ago, continue to mount… And that’s what’s expected this morning… More job losses…

I’ll tell you this now, so you when you hear it on your cable news station, or wherever you get your news, that February’s job losses are going to be blamed on the weather… That’s right, all the snow in February will be blamed for the job losses… More rearranging going on I see!

The data yesterday, again, did not inspire me to think that the Fed is going to raise rates any time soon… Pending Home Sales here in the U.S. fell 7.6%! That’s right… The number of buyers who agreed to purchase previously occupied homes fell sharply in January, a sign that demand for housing is sinking. (I’m sure there was some reference to the snowy weather too!)

The National Association of Realtors says its seasonally adjusted index of sales agreements fell 7.6 percent from December to a January reading of 90.4. It was the lowest reading since last April.

The Weekly Initial Jobless Claims printed at 469,000, putting the 4-week avg. at 470,750… So, the job losses keep coming… What the Bureau of Labor Statistics claims is that on the other side of the job losses there is job creation going on… Well, that’s what I call “ghost jobs”…

The U.S. Factory Order printed a very solid 1.7% gain in January, so that was good! The bad part is that the gain was dominated by a one time increase in aircraft… So, don’t get too lathered up with that number!

Ok… Enough of that!

Yesterday, I told you that Canada was going to present their budget… And… I took a peek at it… WOW! Canada is planning on cutting their deficit spending, and bringing their balance sheet back to balanced by 2014! Now… We have to take this with a grain of salt, given the known fact that in 1999, the U.S. Budget Office predicted that in 10 years, (that was last year) that we would be nearing a budget surplus! Yeah, like that even had a chance to happen, once 9/11 happened, and 8 years of the previous administration spending, and so far one year of the new administration spending!

But, getting back to Canada for a minute, for they deserve this moment in the spotlight… I applaud the Canadian Gov’t for their efforts to cut spending… And before anyone gets the idea that Canada’s deficit is similar to ours, you need to think again… For the Canadian Deficit is a mere $54 Billion!

Hey! It sure looks to me as though Gold has reversed its downward mini-trend! I don’t know if you’ve been keeping score at home or not, but Gold has quietly inched higher and higher, until it erased the downward movement! This should get interesting from here… And.. I hope you took advantage of the price dip in Gold… It sure was very much cheaper for a while there! My friend, David Galland, was talking about the Taylor Rule, in his most excellent newsletter yesterday… This Taylor Rule is a formula that calculates what the Fed Funds rate should be, based on inflation, and other data… It showed that during the years around 2004, when I claimed rates were too low, for too long and fueled the housing bubble, the calculation confirms that rates were too low… And for now? Well, for now, it shows that the Fed Funds rate should be 4%… Not .25%… Lucy! You’ve got some xplainin’ to do!

And this leads me to say, once again, that the Fed is and will continue to be behind the inflation 8-ball… And that my friend, will lead us down the road of inflation! Yes, monetary inflation, not wage inflation, for that couldn’t happen in a million years, when you have 21% unemployment! The Fed will bungle this operation, and we’ll be left holding the bag… You see, buying those mortgage backed ARM’s from lenders is going to have unintended consequences for the Fed… To raise interest rates, the Fed would take HUGE losses on the Trillion dollar ARM’s holdings… To not raise interest rates, the Fed will, and already is, allowing inflation to rule the roost…

So… That’s just peachy, eh? We’ve got the reduced purchasing power of a weak dollar, and whatever dollar value we have left is going to be eaten away by inflation… WOW! Where do I sign up for that? Shoot Rudy, that’s pretty good stuff right there.. Yes sir, may I have another?

Then there was this… I noticed the other day, that there were quite a few people that responded to my note about my left eye, that had no idea what was going on… So… Here’s the catch-up… For all you long time readers, you’ll want to skip ahead to the Recap…

In June of 2007, I was diagnosed with renal cell cancer of my left kidney… The cancer had spread to my right hip and femur, and later to my left eye… I had very aggressive surgeries to remove my kidney, and two weeks later, my right hip and 2/3 of my femur, which were replaced with a prosthesis… 1 year of chemo… And then the mass was found on my left eye, which received laser treatment, injections in the eye, and radiation… They thought the mass was shrunk… Unfortunately, yesterday, I found out that it has grown, thus the complete loss of vision in my eye..

I tell people all the time, and I’m serious about this… The Good Lord has only allowed me to get cancer in places that I have two of… Kidney, hip/ leg, and eye…

To recap… The currency rally, led by the euro, from Wednesday, faded yesterday, when the ECB announced extended stimulus plans, which led many to believe the U.S. rates would be higher soon… Deutsche Bank saw their rating cut by Moodys… Today is a jobs jamboree, and Canada is taking steps to eliminate their deficit!

That’s it for today… Well… I’m into the home stretch now… Less than a week to go before I head to Jupiter to get more stupider! Alex auditioned for the high school jazz band yesterday. He told me last night at dinner at his fave restaurant, that he didn’t anticipate making the band, as there is an upper classman already in the jazz band that plays the guitar, but he just wanted to experience the audition thing… That’s cool I guess… We were at this restaurant last night, and there were hardly any people in the place! Sign of the times, or did we just “luck out”? My beloved Missouri Tigers have a tough one on their hands tomorrow, as the big bad KY basketball team comes to Columbia Mo. Then all the conference Tournaments start, and before we know it the brackets for the Big Dance will be in our hands! And our Blues have a 5-game winning streak going after their win last night… So… All in all, things are looking up for them, and because of that 5-game winning streak, I’m going to say that this IS a Fantastico Friday! I hope you have one too!