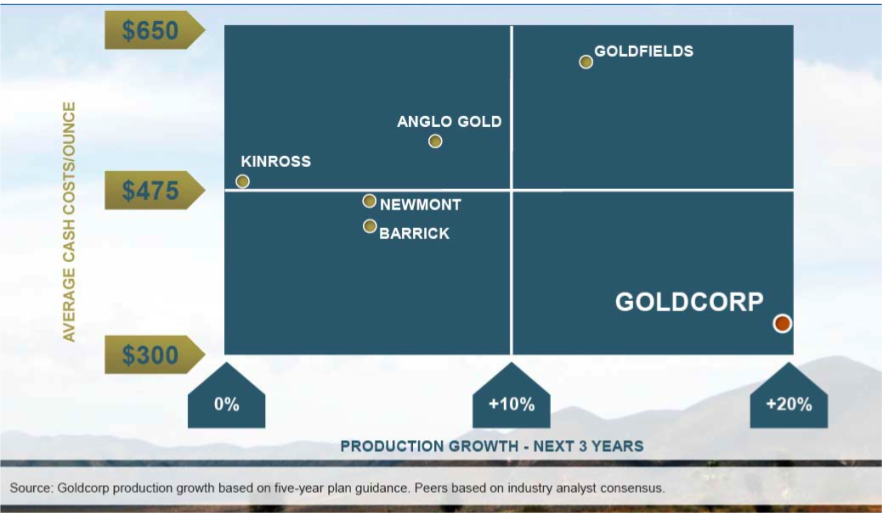 GOLDCORP: GET THE PICTURE

Goldcorp will officially open its Peñasquito Mine in Zacatecas very shortly.  I am told that the Prescient of Mexico will be in attendance. As you may know Peñasquito was discovered by Western Silver – specifically the management team of Tom Patton and Tom Turner.  Both are now running Quaterra Resources.  If you wish to hear the Quaterra story Dr. Patton will speak on a web cast this AM at 9:50 from New York.

The registration for the webcast is:

In addition to the Quaterra presentation there will be presentations by Golden Predator (CEO Bill Sheriff), Endeavour Silver and Polymet.  This is a very worthwhile opportunity to see discovery stocks in action. And here is the mine discovered and developed by Patton and Turner (now Quaterra management).  By the way Goldcorp has just inked an exploration and development deal with Quaterra in Mexico that should benefit both companies.  Somewhere down the road Goldcorp (in my humble opinion) will want to acquire Quaterra’s Mexican assets. This is what discovery wealth creation is all about.  Do you get the picture? Dr. Michael Berry is a pioneer in the emerging field of “discovery investing.” He researches and writes on companies that focus on discovery in natural resources, high technology and biotech.
Previously, he successfully managed small and mid cap value funds for Heartland Advisors and Kemper Scudder.
While at the Darden School, University of Virginia, he was a professor of investments and has held the Wheat First Endowed Chair at James Madison University. His research in the study of behavioral strategies for investing has been published in numerous academic and practitioner journals.

He publishes Morning Notes by Michael A. Berry, Ph.D. The notes discuss geopolitics and their effect on capital markets.