The demise of the US Dollar 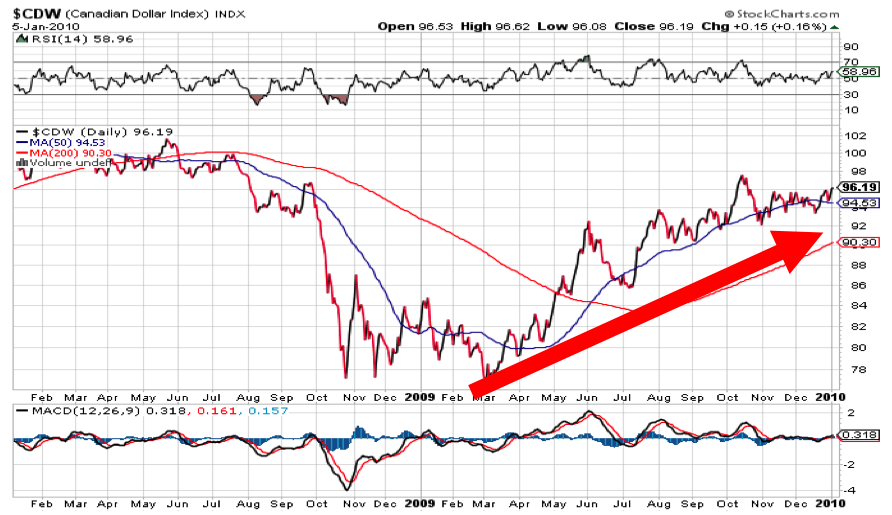 1. The Demise of the US Dollar
2. An Old Favorite: A Contrarian

The past five years of US currency movements are shown below in the Bloomberg dollar index. November 2005 was a high point at 92.03. Yesterday the dollar closed at 77.62, a 16% decrease.  The dollar bottomed April 18th 2008 at 71.68, a 23% decrease in 28 months.  This caused Japan and later OECD authorities to talk about a dollar rescue.  That was not necessary however. The threat of China withdrawing from the Fannie Mae and Freddie Mac debt markets caused President Bush’s Treasury secretary to offer the really first “Too Big To Fail” wealth transfer.,  On July 13th, just 2 days after Countrywide failed, Mr. Paulson guaranteed Fannie and Freddie debt with a $200 billion government insurance policy.  That $200 billion upper limit has recently been removed. The immediate impact of the Paulson guarantee was a global short Dollar and Yen covering.   During the following 8 months the US dollar soared 23%.  The Yen rose 33% in that same timeframe.

However the US currency peaked on March 10th 2009 just about the same time the Citigroup leaked an internal memo citing a profitable first quarter.  Then the dollar commenced its decline once again.  Stimulated by the dollar carry trade and historically low Fed funds interest rates, the dollar bottomed on December 1, 2009 at 74.36.  It has since turned down once again and closed yesterday at 77.62.  In spite of the Paulson entreaties, China stopped buying Agency debt in July 2008.  In fact, she sold $26.1 billion of Fannie and Freddie debt in the second half of 2008.  It is clear that it is China that holds the keys to the treasury.

The Loonie (the Canadian dollar) has generally strengthened beginning March 10th, 2009 and appears to want to break the 96.12 level where it traded yesterday. On January 29, 2009 Premier Wen Jiabo, while at Davos, remarked, that the U.S. had created