The Crisis is Back. Dow Drops 998, Biggest Intraday Point Fall in History 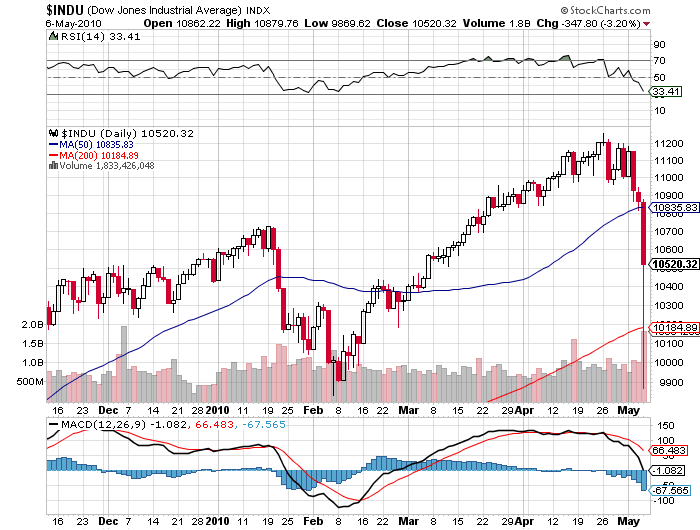 It most certainly is ugly out there. Yesterday, CDS spreads gapped out on all sovereign risk trades, with dealers reporting that there was big protection buying any time spreads eased

All risk aversion trades are back. The euro continues to fall versus the dollar, dropping from 130 to 125 in a mere 24 hours. The yen has shot to 88. the new risk aversion darling, gold, rallied $15 dollars. Dealers report the credit markets are in disarray.

US stocks did a cliff dive, with the Dow dropping a just shy of 1000 points, and market participants believe it was a single monster seller. The Dow and S&P have rallied hard from there, but are still in seriously negative territory, with the S&P having breeched the technically significant level of 1145 decisively.

Here is the time frame, courtesy Scott (from MarketWatch):