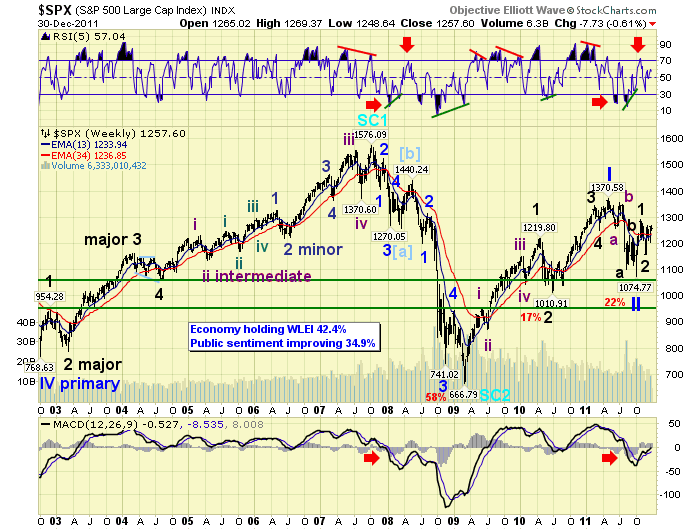 After completing a 26 month, (Mar09-May11), Primary wave I high at SPX 1371 the market declined in five waves to 1075 by Oct11. We initially interpreted this decline as five waves down completing Major wave A. Then we expected a Major wave B rally, lasting about two months, retracing about 61.8% of the entire decline: around SPX 1258. The market then surprised most with an impulsive looking uptrend to SPX 1293 in only 18 trading days. We then considered the five waves down might have been an extended flat. Similar to the extended flat that ended the 1987 crash. This opened options to both a bull and bear market scenario. After the late-October SPX 1293 high, the market corrected in an abc pattern into a late-November low at SPX 1159. This corrective downtrend, essentially, kept both bull and bear scenarios alive: a resumption of the bull market, or a Major wave B still underway.