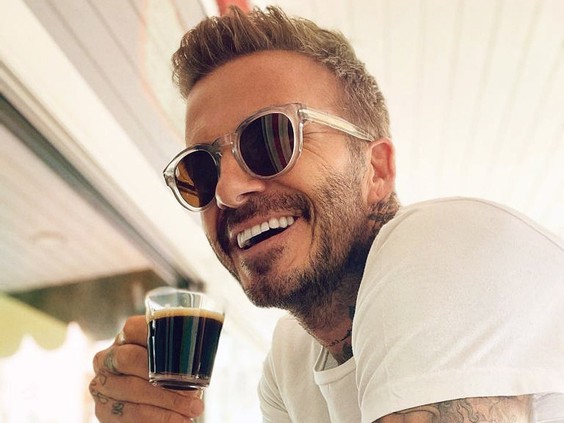 The company sells a line of skincare and topical products infused with cannabinoids and saw share prices jump from 5 pence ($0.08) to more than 20 pence ($0.33) on its first day of action.

“We are delighted with the strong support from a wide range of institutional and retail investors to build premium consumer products based on biosynthetic cannabinoids under the Cellular Goods brand,” chief executive Alexis Abraham told Sky News.

Susannah Streeter, a senior investment and markets analyst with Hargreaves Lansdown, told City A.M. that Beckham’s association with the company likely helped boost the stock on its first day of trading.

“It’s not clear exactly how Mr. Beckham’s backing will evolve with Cellular Goods, but whether he’ll remain behind the scenes, or appear on the packaging, his personal brand has given the launch a bit of a kick,” Streeter said.

Though recreational cannabis remains illegal in the U.K., the Financial Conduct Authority (FCA) recently allowed medical cannabis companies to be publicly traded. Cellular Goods is just the third cannabis company to list on the LSE.

“There has been a massive burst of excitement, and it’s warranted, but not all companies are created equal, and because they carry a cannabis title, one should not immediately think they’re a good company,” venture capitalist Ed McDermott told City A.M.

McDermott predicts that there could be as many as 20 cannabis-related companies listed on the LSE by the end of the year.

Despite the good news for investors, cannabis patients and advocates continue to petition the U.K. government to improve access to medical cannabis.

More than 40 children in the U.K. with severe forms of epilepsy are at risk of losing access to their medicine due to Brexit restrictions, The Timesreported in January.

British prescriptions are no longer recognized in the European Union and with many families travelling to the Netherlands to get their cannabis prescriptions filled — and Dutch law requiring a valid prescription to export cannabis products — those families are still searching for alternatives.

“I am facing the fact that my son might go into refractory epileptic seizures again, which can kill people,” Hannah Deacon, the mother of Alfie Dingley, the first patient in the U.K. to receive a permanent medical cannabis licence, told The Guardian in January.

“That’s how dangerous this is. So to say, ‘Oh, you can swap it for another product, sorry we can’t help,’ it is grossly unacceptable. It’s very very dangerous and I’m really frightened about what is going to happen,” Deacon said at the time.