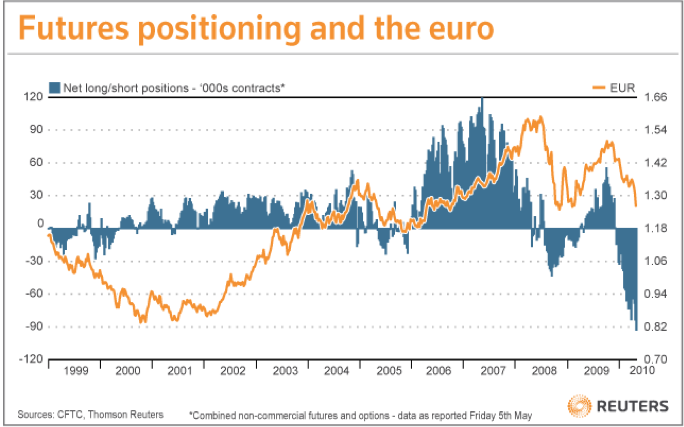 – German exports surged at their fastest rate in nearly 18 years in March, surpassing even the most optimistic forecast as Europe’s largest economy shifted up a gear after stumbling over the winter. (Reuters)
– No doubt the trade was crowded, as the chart below (from Reuters) shows the massive short position in the euro before this morning’s short covering: Party time!  Excellent!  Impressive!  European leaders do know how to spike a punchbowl; that’s for sure.  Two objectives to this party: 1) stave off the demise of the European Monetary Union, and 2) Punish those nasty speculators and trigger a massive short squeeze.