On the Brink of an Asset Explosion, II 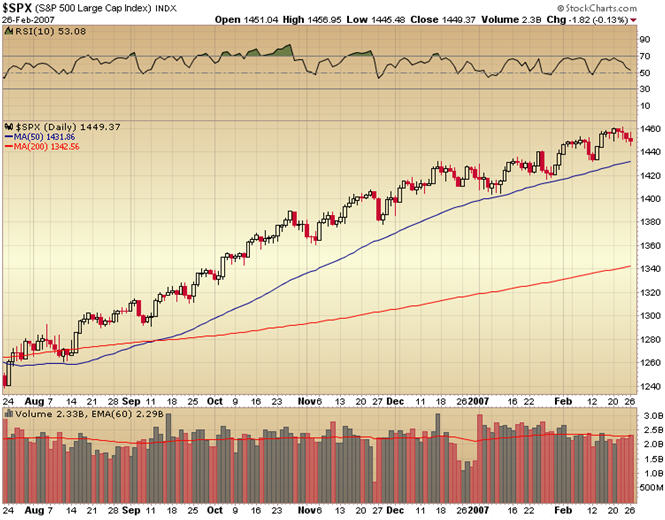 Let me start off by saying the market should be correcting.  Sentiment has reached ridiculous bullish extremes, the kind of extremes that led to the January /February correction.

That correction separated the second leg of the bull from the third.  But let’s face it, sentiment has been in this condition for several weeks now and the best we could muster was a minor correction of 30 points on the news the SEC was filing charges against Goldman Sachs for fraud.

We’ve had three opportunities to “sell the news” with the April jobs report and recently with INTC and AAPL earnings.  None of them have panned out.  The market could use the Greek excuse as a downside catalyst, the same as it did in January.  And now Greek short term bonds are tanking as the EU waffles about writing that check in front of the German elections in May.

All in all it boils down to the market has had every chance to correct and it has failed to do so.

Last month I speculated that we were On the Brink of an Asset Explosion. Well, we may not be on the brink anymore. We may very well be moving into the heart of the explosion right now.

We’ve just seen one of the most powerful rallies out of a corrective low in many years. Until Friday the market had held above the 10 day moving average 42 days in a row. That’s the longest stretch in over 10 years. Since the February 5th low the market has risen 71% of the time. That’s the kind of stuff parabolic blow off tops are made of.

I don’t really think we are in a parabolic blow off top just yet. What I do think is that we may have entered a runaway move similar to the August 06 to February 07 time frame. by Toby Connor of GoldScents

A financial website dedicated to analyzing the stock market and the secular gold bull market.