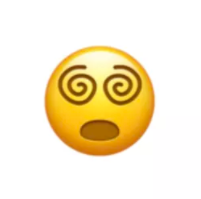 This year has been hard. Wildfire smoke has engulfed the West Coast, hundreds of thousands are dead from an ongoing pandemic, and the US government is deadlocked to the point of illegitimacy, incapable of taking action against the economic, political, ecological, and medical devastation that threatens to engulf us. Even for those not directly affected, the perception of the ongoing crises has turned into a kind of psychic assault, challenging the limits of what we can express.

Fortunately, a new crop of emoji has just been approved by the Unicode Consortium to help out. They probably won’t reach your phone until 2021, but they’re clearly influenced by the chaos of the year, whether it’s “face exhaling” (clearly exhausted), “face in clouds” (smoke?), or “heart on fire” (self-explanatory).