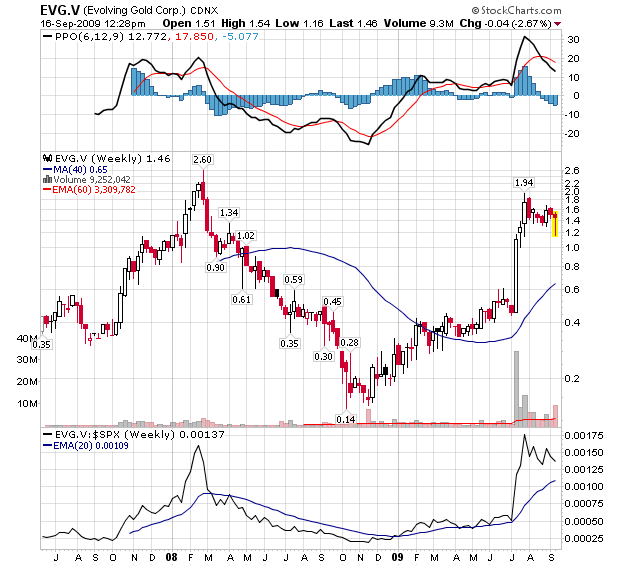 A very significant gold discovery continues to be develop by a company with an apparently appropriate name for it – Evolving Gold (EVG-TSX-V $1.35)  The company’s “Rattlesnake Hills” project is undergoing an extensive exploration drill program and is delineating what appears to be a large new gold deposit. Five drill rigs are currently operating on the project.

I believe they can be on to one of the better discoveries in recent times. I suspect an area play can develop from this discovery and am eying one other company in particular so stay tuned!

UPDATE FROM GEORGE: Just an FYI that Evolving Gold is an AGORACOM client and you can visit their IR HUB right HERE on AGORACOM where you can ask questions and receive answers right online.  In addition, head over there to read great info, watch some videos and webcasts.   Evolving Gold is a great communicator.  Great to see Peter recognize Evolving Gold – and no, we’ve never discussed EVG so this is a great surprise!