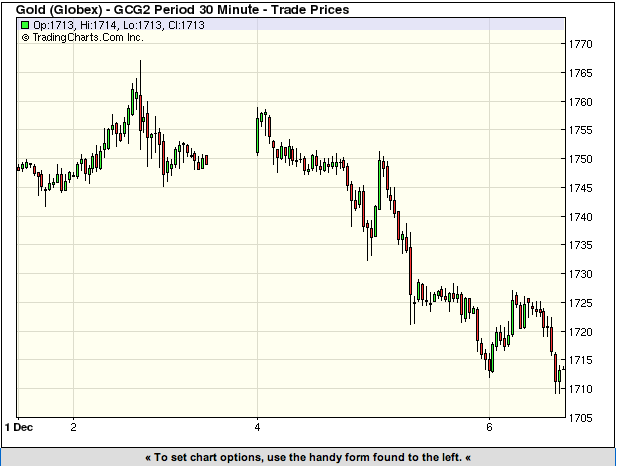 GOLD – ACTION ALERT – NEUTRAL
Gold and silver also ran into a stone wall yesterday as the ‘Don’t Worry, Be Happy Crowd’ reveled in the thought Europe was about to get a new treaty which would allow ‘the vermin’ to concoct more ways to cover up their ponzi schemes, just the way a dog attempts to cover up his ‘constitutional’. The proposed treaty threatens to divide the 17 countries that use the Euro from the other 10 nations that are part of the larger 27 nation European Union. Do you really think for one moment this is going to happen. More than likely the Euro will collapse when all is said and done and the bear market in equities (worldwide) will resume.

Gata.org reported today that AngloGold Ashanti CEO Mark Cutifani said that big buyers of gold are having trouble getting the volumes they want and so are approaching the mining company to try to get metal directly. Apparently bullion bank deposit receipts don’t have the respect they once did.
FOLKS, IT IS NOT A QUESTION OF BUYING GOLD (or Silver) AT THE BEST PRICE, BUT THE ABILITY TO BUY IT AT ALL! If supplies don’t dry up first, government may prevent you from obtaining gold.
We’re basically caught in a wide range bounded by 1655 and 1804 in spot gold. I believe a move above 1804 could result in seeing new highs (or at least a test of highs), while a break of 1655 could send gold back to the 1531 low from back in September or lower. I told you yesterday that since gold has just rallied $100 and could very well retrace half that advance back to 1700. Well, we’re now trading at 1707 in overnight trading – a 50-point plus retracement now in progress. Take advantage of any weakness when you can. Mark Leibovit’s has been so successful this year alone that Timer’s Digest has him ranked as the #1 Stock Market Timer of the year in 2011 so far, an award he’s won in previous years. Mark has also done so well trading Gold it has just been announced that Mark is Timer Digest’s #1 US gold timer in 2011.

The above is just a portion of Mark’sVRTrader. Much more analysis contained every day in To subscribe just send an email to mark.vrtrader@gmail.com,  call 928-282-1275 or Click HERE to Subscribe.