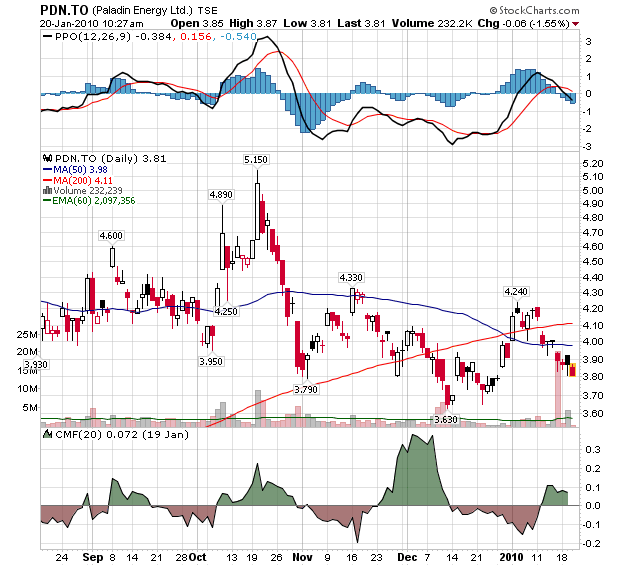 Market analysts including Howard Ruff, long-time financial advisor and founder of the 35 year-old investing newsletter The Ruff Times, are becoming quite bullish on uranium mining stocks. In a recent interview with The Gold Report, Ruff acknowledged his enthusiasm for uranium mining plays.

“Uranium mining interests me because there’s going to be demand,” he explained. “There are enough nuclear plants either under construction or on the drawing boards and there’s only half enough uranium above ground to service their needs.”

For those who like to play it safe, big producers and development companies with identified resources in the ground offer the best investment prospects for this sector, advises Ruff. Of course, investing in uranium explorers can be quite profitable, but should be left to those not adverse to risky endeavors.

Cameco to Make a Play for Paladin?

There’s a lot of speculation swirling in the marketplace about the prospect of Canada’s mining giant Cameco making a bid for Australia’s Paladin Energy.

Cameco, the world’s second largest uranium producer, is looking to double its annual uranium output from its current holdings by 2018. Adding some additional producing mines to its largesse would go a long way toward securing its already prominent foothold in the uranium supply market.

Back in November 2009, Cameco CEO Jerry Grandey said the miner was seriously considering acquisitions and mentioned Paladin as an attractive target. The main drawback, however, is the cost. “We’ve always been challenged by the valuation,” Grandey said.

RBS analysts Lyndon Fagan says Cameco would most likely need to fork over a premium of more than 30 per cent Paladin’s current share price. The Australian Financial Review says the takeover could cost $3.7 billion.

A 15 per cent retreat in the Australian miner’s share price over the last three months may have Cameco salivating. “I think Cameco would certainly be looking at Paladin,” said Fagan. “Paladin’s share price has been underperforming recently because of failing to deliver on production targets, and the recent weakness could provide an opportunity for the likes of Cameco.” Last week, Khan Resources [TSX: KRI] announced the mining licence on its joint venture project on the Dornod deposit in Mongolia has been reinstated after a temporary suspension in July of last year.

The licence suspension came about as a result of the Mongolian government’s enactment of a new Nuclear Energy Law, which allows the government to take ownership without payment of at least 51 per cent of any uranium project with resources that were determined through exploration with state funding. The law even gives the government the right to take at least 34 per cent of projects developed even without the use of state funds.

Khan’s involvement in the Dornod project is as a partner in the Central Asian Uranium Company (CAUC). The miner has a 58 per cent interest in the property. The Mongolian government (21 per cent) and Russia’s state-owned Atomredmetzoloto JSC (21 per cent) are also partners.

Khan has received notice that the government may decide to increase its holdings to 51 per cent under the new legislation. “We view this notice as part of the process of implementing the new Nuclear Energy Law”, said Khan CEO Martin Quick.
Khan’s shareholders have until January 31 to come up with a “favourable resolution” or the mining licence could be revoked once again.

“We have been working cooperatively with representatives of the Mongolian government in an effort to reach a mutually satisfactory arrangement that will provide the framework which allows the government of Mongolia to achieve its goals while also protecting Khan’s investment in the project and enabling us as the operator to proceed with the development of the mine,” said Quick.

Khan is also facing a hostile takeover bid from their other CAUS partner, Russia’s ARMZ. Late last year, ARMZ issued a bid for all of Khan’s shares, which Khan’s management has urged shareholders to reject on the basis that it smells of opportunistic greed and is highly inadequate. Are the Mongolian government’s actions towards Khan a part of ARMZ’s strategy to muscle Khan out of its stake in a key resource deposit? One wonders.