Income – A 6.3% Dividend plus Growth Potential 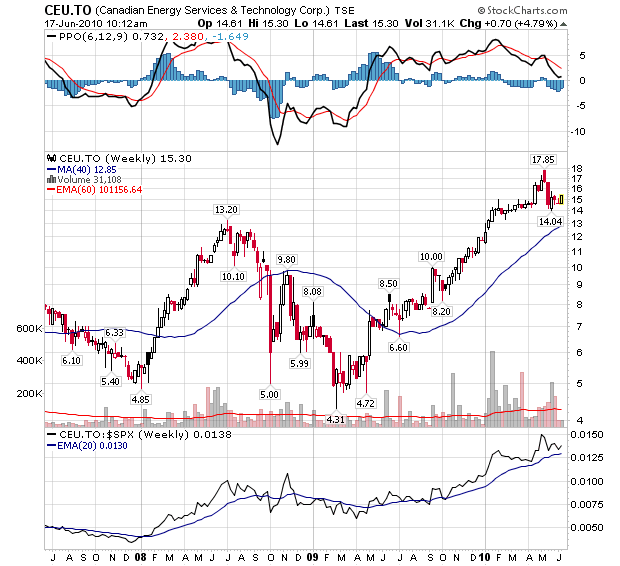 I bought another 500 shares of Canadian Energy Services today at $15.25 after they announced an increase in their dividend from 6 cent to 8 cents a month, for a 6.3% yield.  US expansion is obviously going well (though not so well that they need that capital to handle the growth there).  Q2 is their weakest quarter because of Canadian spring break up so this tells me those numbers should be very good compared to prior years – again, due to US expansion which is not so seasonal.  And recent buyouts in the sector would translate into a $26/sh valuation for CEU-TSX.  However, the stock already has a lot of future growth priced in.  I like it because I see it as a strong defensive stock in a very volatile energy market.