Identifies a new Bull Market – Dines Newsletter of the Year 2009 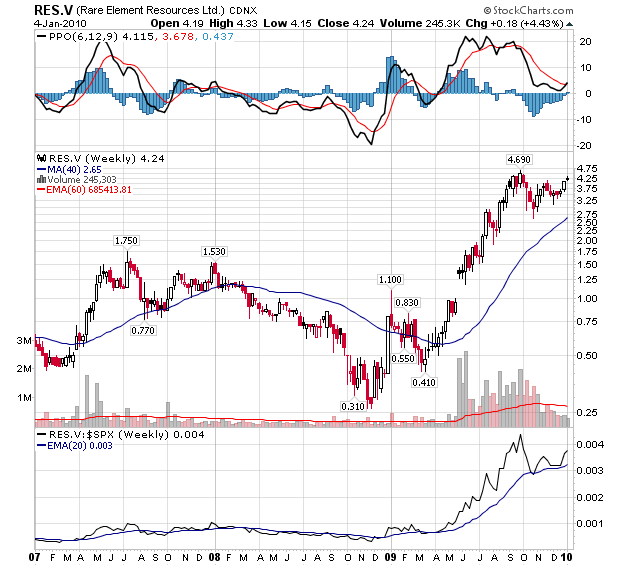 James Dines’ The Dines Letter is our 2009 Investment Letter Of The Year.  The Dines Letter (TDL) had a stellar 2009, up 149.4% by Hulbert Financial Digest count over the 112 months ending in November vs. 27.10% for the dividend-reinvested Wilshire 5000 Total Stock Market Index. (Dines) is Triumphantly ahead over 10 years — 10.7% annualized vs. 0.2%% annualized for the total return Wilshire 5000. – Peter Brimelow, Marketwatch

James Dines’ skill at identifying new bull markets before the investing public and professionals is legendary. In 1995 he recommended the big four of the internet when virtually no one had ever heard of it. In 2002, he announced the new bull market in commodity and a year later he recommended uranium at $8/lb (it peaked at $136/lb). After years of searching he now has a new bull market prediction to tell you about. He will do that in an exclusive interview with me which all attendees to the World Outlook Financial Conference Jan 22 & 23, 2010 in Vancouver will get access to. If his past success over five decades is any indications this could be incredibly lucrative for all who hear it – Michael Campbell

If you are an investor rushing into gold seeking ‘safe haven’ or unsure which stocks to invest in, veteran forecaster James Dines has this advice: Make gold out of rare earth stocks. Rare earths such as lanthanum, cerium, neodymium and many others are used in several emerging technologies such as wind energy, hybrid cars and electronic gadgets like mobile phones. But 97% of the supplies of rare earth metals are with China and they have threatened to cut supplies to the rest of the world.

But Dines assures you that 3% of the available resources are there for you to tap. These stocks which he has been monitoring from 2001 has zoomed 813%, 1,148%, 3,775% respectively since September 2008 (Ofcourse to know more about it, you need to subscribe to Dines Newsletter). Sounds unbelievable. But James Dines has a multi-decade track record  of successful predcitons. “Out of James Dines’ last 21 annual forecasts for the Dow Jones Industrial Average, 19 were 100% correct. We know of no other financial analyst in the US or internationally to have surpassed or even matched that track record,” his website claims.

Dines predicted the gold price crash of 1982, the equities bear market that started in 1966, recommended internet stocks that soared 1000% in six years time but consequently bottomed out, predicted the 1997 South East Asian currency crisis, the 9/11 incident that shocked the equity markets among others.

Rare Earths
Here are some of the reasons why James Dine is bullish on rare earths. A single 3MW wind mill requires 700 pounds of neodymium, a Toyota Pirius Hybrid requires 65 pounds of rare earths. Starting 2010, China planst to save greater quantities of rare earths for domestic use by raising export taxes, reducing export quotas. Chinese Government believes that currently neodymium is cheaply priced and if they export more, country would exhaust its resources in 20 years time.

The world’s first rare earth index, Dines Rare Earth Index composed of rare earth stocks had gone up 507% on an annualised basis in October 2009. However, Dines cautions us not to put all eggs in one basket. He points out that gold and silver are also worthy investment. “Only gold and silver are the only assets that climb on mass fear.” The fear to seek a ‘safe haven’ could catapult gold to $3000 to $5000 while silver could rise to $100. Dines continues extremely positive on gold (although he thinks silver will outperform it in the near term) and uranium. In his issue published in mid-December, Dines rated himself as positive on bullion with a short-term stop at $1024 (“no long-term major stop”); negative (presciently) on bonds and positive short-term on stocks. But he did note that six of the 30 world stock markets he charts have broken uptrends, which “puts us on alert.”

Dines believes that fundamental analysis helps to find what to buy but not when to buy but his own visual analysis through point and figure charts and analysis of mass psychology helps investors earn more returns on their hard earned money.

MarketWatch has voted The Dines Letter as their 2009 Investment Letter of the Year. Dines got off to a strong start in 2009, showing his strategic and tactical strengths, according to Peter Brimelow in MarketWatch. Subsequently, Dines unveiled his “rare earths” portfolio, focused on trace elements that he says are essential to computerization. It did very well for him. Dines wrote recently: “The Consolidation of the Rare Earths has probably come down far enough and buying programs should be resumed in Rare Element Resources Ltd. (RRLM.F 3.88, +0.27, +7.38%) Commodity Online India Limited (COIL) is a leading provider of news, information and research reports on commodities through a variety of platforms that include the portal www.commodityonline.com, Mobile Services, research reports and newsletters.

COIL offers consultancy in an array of commodity services, hosts summits and conferences in commodities and provides education services in the field of commodities in India and abroad.

Our web brand www.commodityonline.com is the largest global vertical on commodities. The site is an ideal platform for news, information, communication and research services on a wide variety of commodities.

COIL has offices in Mumbai, New Delhi, Ahmedabad and Kochi and respresentative offices across India.

For more info, get in touch with us at: info@commodityonline.com