How Much More Upside? 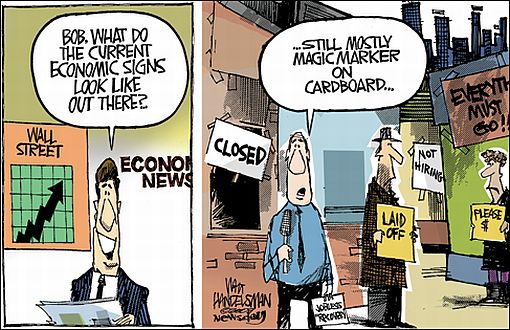 Global Markets in Review: How Much More Upside?

Back from the festive season break, traders pushed stock market indices to new highs for the rally, logging a full house of five up-days for the S&P 500 Index and pushing the CBOE Volatility (VIX) Index – also referred to as the “fear gauge” of the U.S. stock markets – down to levels last seen pre-Lehman in 2008.

Pundits shrugged off Friday’s unexpected decline in non-farm payrolls, as well as mixed economic data earlier in the week, focusing instead on the Federal Open Market Committee’s (FOMC) communiqué for its December 15-16 meeting which maintained its “extended period” stance for easy monetary policy, i.e. more “juice” for risky assets.

The details and tone of the December employment report indicate that labor market conditions remain bothersome. A meaningful pace of hiring is unlikely in the next few months given the structural unemployment in the economy, the shortened workweek, and the large number of part-time workers. In other words, the December employment report reinforces expectations of the FOMC on hold in the near term. The Fed is unlikely to undertake a reduction of monetary accommodation until the unemployment rate has peaked. The past week’s performance of the major asset classes is summarized by the chart below – a set of numbers that indicates renewed investor appetite for risky assets. Silver (+9.5%), “the poor man’s gold”, and platinum (+7.0%) were the stars of the week, playing catch-up on historically cheap ratios relative to gold bullion. The yellow metal (+3.7%) also resumed its uptrend with a so-called “upward price dynamic” on Monday. Bonds performed poorly as PIMCO and BlackRock, among others, cut holdings of U.S. and U.K. debt as the two nations’ borrowings hit record levels.