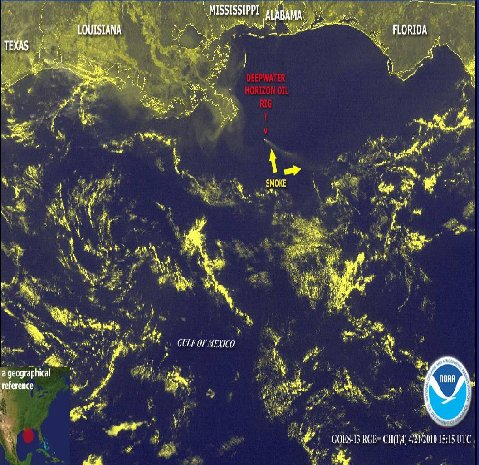 Louisiana is currently bracing itself for the big oil spill in the Gulf of Mexico to hit their shores with devastating consequences. This calamity brings back the experiences and lessons learned from previous oil spill disasters like the Exxon Valdez spill in 1989 and the 1969 Santa Barbara channel oil spill.

The oil spill in the Gulf of Mexico was caused by the recent explosion and sinking of the British Petroleum deep water Horizon drilling rig. The tragic loss of 11 lives and massive oil spill will result in yet another shutdown of any new offshore oil exploration.
British Petroleum (BP) will ultimately be held financially responsible even though the rig belongs to Transocean (RIG), the world’s biggest offshore drilling contractor. The rig was originally contracted through the year 2013 to BP and was working on BP’s Macondo exploration field in the Gulf of Mexico when the fire broke out.