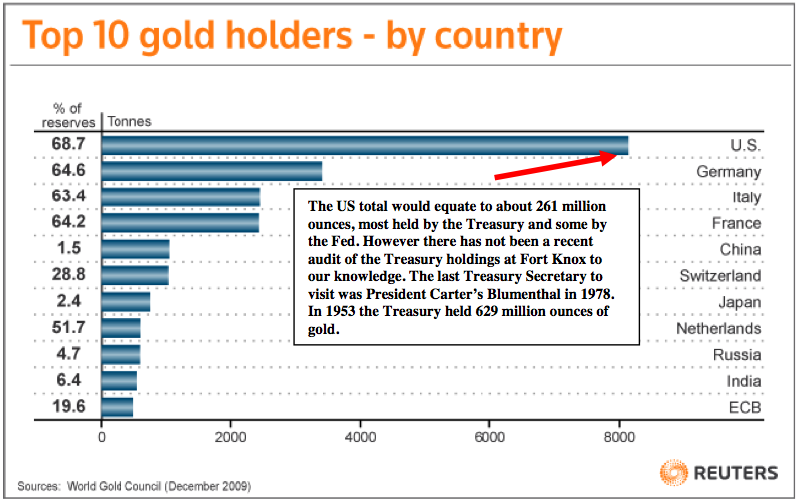 “Gold is silently, inexorably, psychologically – morphing to money while the reserve currency dollar slouches toward Bethlehem to be reborn” The IMF has decided to sell the remainder of its planned cache of 403.3 tonnes of gold.  You will remember that last year (November 3rd) India, then Sri Lanka and finally Mauritius bought 221 tonnes of gold before it even hit the market. India’s November purchase of 8% of world annual production made her a top ten holder of gold at 6.4% of reserves. For India this amounted to a 56% increase in gold held by the Central bank of India to 558 tonnes (metric tons).

The International Monetary Fund announced this AM that it planned to sell the remaining 191.3 tonnes of gold into the open market a remnant of the original 403.3 tonne allocation.

The IMF will still control over 2,800 tonnes of gold.  But the irony is that here is the world’s proxy for a central bank for the world’s poorer countries converting real money into fiat is value destroying.  It must decline in value in the long run. This sale is to make loans to poor countries that will very likely never pay back, in full, these loans. Only Gordon Brown’s sale of Britain’s gold, which has been quietly swept underBritain’s rug, is more deleterious. The sale of the IMF gold to India netted ~$7.8 billion – a paltry sum when compared to the trillion dollar deficits and potential for hundred billion Euro and dollar sovereign debt defaults that now seem to be threatening globally with some regularity.

The IMF announced that it will sell these tonnes on the open market.  This had the knee jerk effect of slamming precious metals prices, oil and the commodity currencies. It’s all relative of course so now the dollar defenders in Washington, as well as the talking heads on CNBC, can crow about a stronger dollar.  Please do not be fooled by such short term speculation-fed manipulation.  If gold declines this will be a marvelous buying opportunity.

There is likely to be even more pressure on gold however.  Little noted is the recent Central Bank Gold Agreement in which the IMF has agreed to sell into the market up to 400 tonnes each year to a maximum of 2,000 tonnes in the next 5 years.  These will be sold to central banks as well as on the open market.

Please realize one important fact. The IMF does not own a single ounce of this gold. All the IMF gold emanates from contributions from IMF member countries.  In addition the IMF cannot sell its gold without the approval of the US – including the Congress and the Administration.   So while the proceeds from such sales are dwarfed by the trillion $ liabilities that developed nations are now facing, a few billion dollars from selling IMF gold…..