Gold Alert!!! – US Dollar at a Key Point – Grandich on Money Talks today 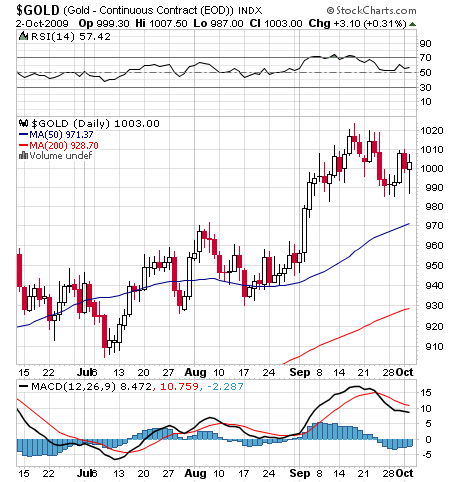 The ever-growing camp of gold bears and weak-knee bulls had every reason to cave in gold today with the big short Commercial hedgers/long specs on the Comex. Yet as I type, gold has come roaring back. If you’re a bear you’ve to start asking yourself what else will it take to take gold down? Better yet, are you about to get your shorts squeezed? The terminally ill U.S. Dollar is trying to remove itself from its respirator for a while. Record low bullish sentiment in the Forex pits combined with it brushing up against the top of a clearly defined downtrend suggests it needs careful watching for the short term at least. A close above the 50-Day M.A. around 78 would be the first real sign a counter-trend rally is underway. Any such rally should be held around the 200-Day M.A. in the 82 area. Tomorrow’s employment number could be the ignition so stay tuned.

Ed Note: Unemployment story HERE.  US Dollar down on the news: