Gartman reverses his call on Gold 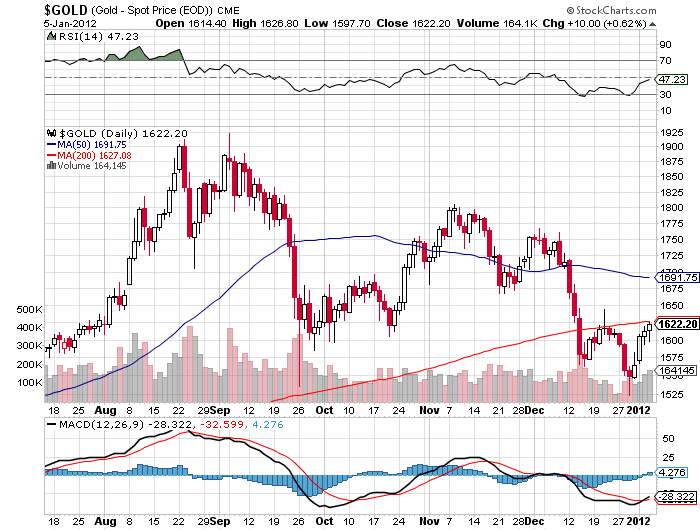 The ultimate crime in investing is not being wrong – it’s staying wrong!

I was not surprised to learn about Dennis Gartman’s change of heart and commend him for it. Not because he’s back on the side I’m on but for not committing one of the cardinal sins of investing – always being one-sided. I not only came to appreciate much about Dennis that I didn’t know and/or experience before my December challenge, but believe he’s light years ahead of the two stooges in my challenge. Dennis didn’t double-talk, twist facts and actually try to change history in his responses like the other two but rather took an extremely high road back then and now in his latest assessment.
I tip my hat to Dennis and am honored to now call him a friend (even if he bails again which if history is any indication, he will… but more power to him if and when he does).

We’re not out of the woods yet in this latest correction in the “mother” of all gold bull markets. Technical traders are likely to try and sell any rallies around here until such time their charts turn positive again. But like it has done again and again, the physical market has overcome the paper sellers and the greatest all-time gold bull market shall once again bloody the perma-bears and weak-knee bulls.

I credit people like Jim Sinclair and GATA (who just issued this release) for not only being mostly right while the so-called “establishment” gold people have mostly missed the greatest gold bull market in history, but for allowing me to wear this fine hat with them (Tokyo Rose is just jealous his head is too big to fit in one).